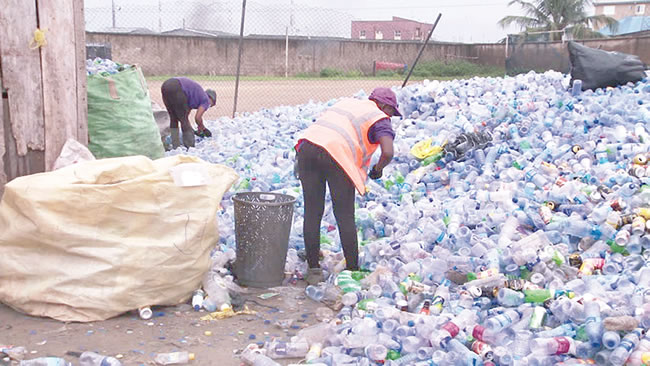 The Lagos State Government has publicly presented a draft plastic waste policy before stakeholders, stating that the time has come to find a lasting solution to the harmful effects of plastic waste across the state.

Addressing participants at a one day stakeholders workshop on the draft policy at LCCI Conference Centre, Alausa, Ikeja, the Commissioner for the Environment and Water Resources, Mr Tunji Bello said stakeholders input is very important in shaping an effective and acceptable policy that will reduce the burden of plastic waste before enacting the policy.

He said the thrust of the policy will include implementing an Extended Producer Responsibility (EPR) which would be aimed at drastically reducing the amount of plastic waste entering the waste stream, by sorting at source.

According to him, plastics in the environment have been a global problem and man’s relationship with plastics has been shaped by various cultural, social and economic factors.

He said in Nigeria, plastic waste and its unregulated production is fueling a crisis in the country adding that according to International Centre for Investigative Reporting (ICIR), Nigerians are daily exposed to threats to life by plastic waste which has been found to contain a chemical substance named dioxin.

He explained that ICIR also notes the inability of the Nigerian government to come up with an implementable policy on the management of plastic waste thereby making dump sites the final destination of these non-biodegradable products where they are set on fire.

He informed that the Federal Executive Council has also approved a plastic waste Management policy for the country, adding that issues of environmental management and protection is a concurrent issue based on the provision of section 20 of the Nigerian Constitution.

He stressed that it means both Federal and State government can legislate over environmental issue, with the state’s legislation further addressing her specific geographical and demographical conditions.

The Commissioner said Lagos, is believed to be generating the highest volume of plastic wastes in Nigeria and this assumption is based on the State’s contribution to the National GDP, the State population coupled with the standard of living and social status of the State.

“In quantifying the plastic composition of the total waste generated in the State, if we imagine an estimated Lagos population of over 20 million consuming one beverage bottle daily, this will give 365 containers per annum per person giving us a total of 7.3 billion of plastic packaged beverages consumed annually. The environmental footprint of the plastic waste generated from these could better be imagined,” he said.

He added that plastic pollute the landfill due to its non-biodegradable nature, clogging the drainages with attendant flooding and finding their way into the rivers thus impacting the health and wellbeing of both people, flora, fauna and the environment.

He emphasized that before now, government has implemented various scheme which include plastic buy back scheme, Material Recovery Facility (MRF) in partnership with Private sector and various activities of plastic recyclers and Producer Responsible Organizations to curb plastic waste burden but have not yielded the desired results.

He emphasized that the thrust of the policy would also ensure recyclable waste packaging as incentive to participants returning the waste to designated refund points while creating a circular economy for recycling of single use plastics.

Earlier in her address, Permanent Secretary, Office of Environmental Services, Mrs Belinda Odeneye said  waste has been identified as one of the most pressing environmental issues confronting the State Government and indeed, the world at large.

Despite dip in 2020 carbon emmission, world still heading for temperature rise in excess of 3oC —Report