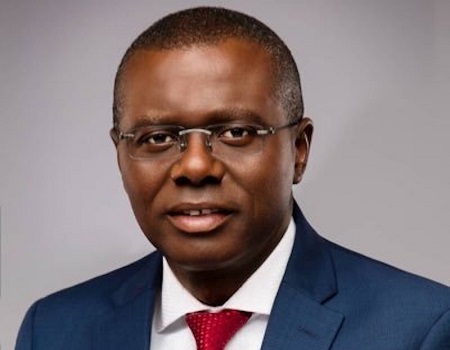 Lagos State government has reversed the plan to impose 10 per cent service charge on every trip made through e-hailing platforms like Uber and Bolt, saying operators would now be charged N20 per trip instead of 20 per cent of the charges for each trip as earlier proposed.

This was just as the state government debunked insinuation of any strained relationship between it and the operators, saying that the steps taken by the state government were aimed at providing a good environment for businesses to thrive, as well as promote safety and security of residents and commuters.

The State Commissioner for Transportation, Dr Frederic Oladeinde, and his counterpart in Information and Strategy, Mr Gbenga Omotoso, said this at a press briefing which took place at the State House, Marina, after a meeting chaired by Governor Babajide Sanwo-Olu, with all the stakeholders in attendance

They said the commencement date for the implementation of the levies to be imposed on the operators has now been moved by a week to August 27, 2020, noting that the new charge agreement reached between the state government and the operators would be housed under the Road Improvement Fund.

Reeling out the agreements in a communique issued at the end of the meeting, Oladeinde revealed that other agreements said they include, among others a 20 per cent reduction in the operating and renewal license fees, aside drivers completing their documentation within the next 90 days.

According to him, the documents the drivers should acquire include the Lagos State Registration Agency card, drivers license, among other documents, saying drivers who failed to comply would be banned from operating, among other penalties as law enforcement agents would be out to enforce the directive after the 90-day period allowed for the documentation exercise.

He said other documents expected to be obtained include a comprehensive insurance for each vehicle, while the driver should take third party insurance, with the operators also expected had to do a background check on each driver, which the state government hopes would promote safety.

The commissioner said that a one-stop-shop had been created to ensure that the drivers were able to obtain all the required documents easily.

Oladeinde said the operators were also mandated to provide data about each trip made on their platforms every week, stating that the data would help the government to plan better on areas it should deploy resources in terms of decongesting the road if need be.

Also speaking, the Commissioner for Information and Strategy, Mr Omotoso, said there was no strained relationship between the state government and the operators.

According to him, the steps taken by the state government were aimed at providing a good environment for businesses to thrive aside promoting safety and security of residents and commuters, declaring that the regulation was not about imposing taxes but safety.

FG Spends N1.57trn On Debt Servicing, N1.61trn On Personnel, Pension
THE Federal Government on Thursday disclosed that it had expended N1.57 trillion on debt servicing and N1.61 trillion on personnel and pensions in the current year.  The Minister of Finance, Budget and National Planning, Mrs Zainab Ahmed, made the statement on debt servicing and others expenses during the presentation of the  2021-2023 Medium-term Expenditure Framework (MTEF) and Fiscal  Strategy Paper…Lagos reverses 10% service charge for trips

WhatsApp Business: An App Grossly Underused
WhatsApp Business is an app designed for small businesses to easily stay in touch with their customers and reach out to potential customers. It provides vital business tools that allow you to create a business profile, create a catalog, and do many other things…Lagos reverses 10% service charge for trips

818 Million Children Worldwide Risk Contracting COVID-19 — UNICEF
THE United Nations Children’s Fund (UNICEF) says 818 million children worldwide are at risk of getting infected with COVID-19 and other infectious illnesses. UNICEF’s Associate Director, Data and Analytics Division, Planning and Monitoring, Mr Mark Hereward, made this known in a statement on Thursday and obtained by …Lagos reverses 10% service charge for trips

Stop Denying Us Weapons To Fight Terrorism, FG Tells World Powers
THE Federal Government has appealed to the world powers not to be weighed by unsubstantiated arguments to deny  Nigeria vital platforms and weapons to fight terrorism. The Minister of Information and Culture, Alhaji Lai Mohammed, made the appeal on Thursday when he featured on the…Lagos reverses 10% service charge for trips

LASTMA yard where seized vehicles are parked in Oshodi goes up in flames, 10 cars, one trailer razed

Reps to recover N23.695bn unremitted revenue from CAC in 3 years