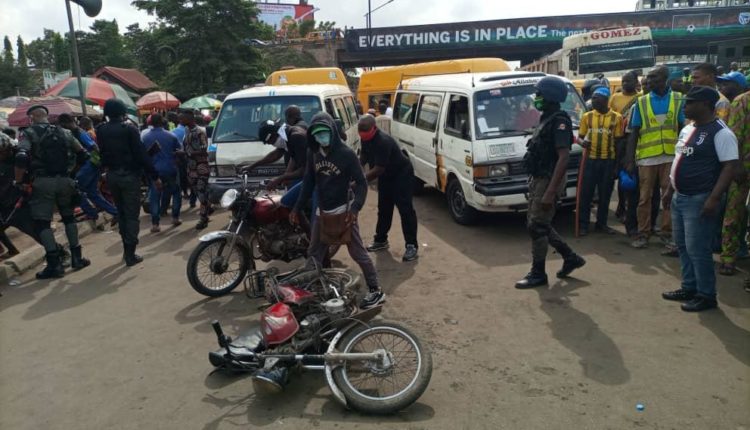 No fewer than 130 commercial motorcycles, popularly known as Okada, that are operating on highways and in other restricted areas in Lagos State were impounded on Monday in an enforcement carried out by the Lagos State Environmental Sanitation Enforcement Agency (task force).

The task force also arrested five motorists who flouted the state’s traffic regulations, including driving against the traffic and obstruction.

The recently established Anti-Oneway and Other Traffic Offences Squad of the state government, which is now being operated under the task force, also joined in the enforcement. 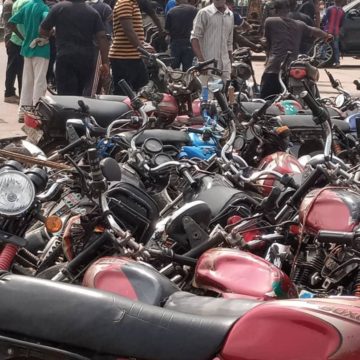 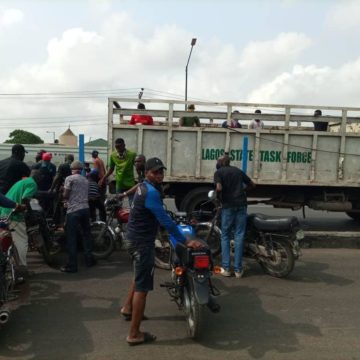 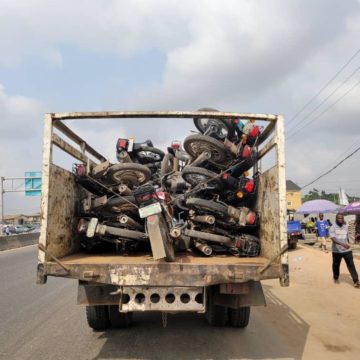 The 80-man team, led by the new task force chairman, Shola Jejeloye, a Superintendent of Police (SP), in an early morning enforcement in Iyana Ipaja, rounded up scores of Okada riders illegally operating on routes which the state government had designated as restricted areas for commercial motorcycles.

The enforcement team moved to Abule Egba area, where one-way drivers and commercial motorcyclists had created nuisance on the highways. Offenders were ordered to come down from the vehicles before the vehicles were impounded by the Anti-One Way Squad.

Speaking during the enforcement, Jejeloye said the task force would sustain the operations all round the Yuletide period to limit the incidence of robbers using motorcycles to carry out their nefarious activities and give Lagosians opportunity to move freely in the festive season.

He said the enforcement team was out to protect law-abiding citizens of the State against dangerous driving and preventable accidents caused by disobedience to Lagos traffic laws.

Other areas where the task force carried out the enforcement included Fagba Road, Isolo, Ojota, and Oba Akran Road.