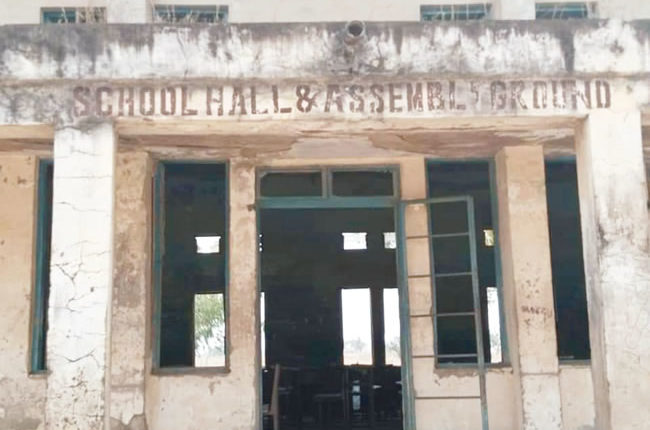 About two weeks after the abduction of students of Government Science College, Kagara, Niger State, ADELOWO OLADIPO visited to assess the situation on ground and the general mood of the town. He discovered that despite assurance by government, residents are yet to get over the shock of the attack.

The last three months have been a vicious cycle of kidnapping across secondary schools in the Northern part of the country. Barely two months after the kidnap of pupils of Government Science Secondary School, Kankara, Katsina State, another round of mass kidnapping took place at Government Science College Kagara, Niger State. But just after Sunday Tribune returned from Kagara on a fact-finding mission on how the community and parents of the abducted pupils are faring over the absence of their children who are yet to be returned to them by government after it secured their release, the bandits struck again on Friday at Government Girls Secondary School, Zamfara State, abducting over 300 schoolgirls.

The three-hour journey to Kagara from Minna by Sunday Tribune was excruciating due to the bad state of the road. The calmness that now pervades the town belies the shock that enveloped it few weeks back when bandits struck. Many of the residents did not want to discuss the sad event just as others have taken it in their strides, hoping that government would prevent a recurrence. The local government secretariat was barely alive when visited. The chairman was also absent as he was said to have gone for a meeting in Minna.

The school where the kidnap had taken place, Government Science College, Kagara, was a ghost town, as boarding schools around the area and the state in general had been closed down. The school Principal, Mr. Dan Asabe Ubaide and a few of his members of staff were absent, understandably. Other staff members who live in the school compound, but  narrowly escaped being abducted, had relocated with their families to alternative accommodation within the town. Many of them, it was revealed, are still living with the post-attack trauma.

A senior member of staff who was seen at the school premises declined to identify himself or grant an interview. He, however, directed Sunday Tribune to the Niger State Ministry of Education in Minna for any information concerning the kidnapping attack.

We have been instructed to direct any visitor who wants any information about the situation in the school to the Niger State Ministry of Education in Minna for further enquires. I am not prepared to flout the civil service rules by granting interview to any journalist because I am not permitted to do so,» the staff member stated.

However, a closer observation of the premises of the school, established in 1969.revealed that the large expanse of land behind it is an open space without a fence while some of the buildings are as old as the school; their roofs which had been blown off and ceilings which had caved in for years, have not been replaced.

Apart from the main gate bordered on each side by a stretch of concrete fences which extended for about 500 metres, the school which has produced prominent citizens both within and outside the state is largely unfenced with easy access from adjoining villages.

Apart from the installation of a 500KVA transformer in front of the school to provide electricity and water supply to it and some surrounding villages, no other facilities had been provided in recent times to make life more comfortable for its student population that hovers between 900 and 1000.

The school hostels were eyesores and barely habitable for human beings as the students were in the habit of laying their mattresses on the bare floor in the six houses visited – Barde House, Gindau House, Lafene House, Imam House, Masoyi House  and Atahiru House. The ceilings of the hostels gave caved in.

An inside source told Sunday Tribune that the students and staff members who escaped being abducted were lucky because they did not put on their light and ceiling fans since it was harmattan season and they were a bit far from the entrance of the school.

Speaking with Sunday Tribune about Master Benjamin Habila, the first victim of the attack who was shot in the head by the bandits as he sought to escape during the attack, a family friend, Reverend John Madaki,  presiding pastor of Macedonia Baptist Church, Ikufu village, Kusherki District, Pandogari, in the Rafi council area, said he has known the Habilas for some time. He revealed that Madam Ramatu Habila, Benjamin’s mother, is yet to recover from the shock of her son’s death which has further taken its tolls on her ill-health.

Revd Madaki, who is also the pastor in charge of the Christian students at Benjamin’s school, gave more information about how the late student died.

He was shot in the head on that fateful morning of the invasion of his school hostels by the bandits; the gunshot hit him at the back of his head and shattered his brain. We cried profusely to mourn his death.

Benjamin was a very brilliant student and he was studying Pure Sciences. His brilliant performance right from his primary school days as a pupil was what informed his parents’ decision to secure admission for him at the Government Science College, Kagara.

«And right from JSS1 class in the school till his final year in SS3 class, he did not leave anyone in doubt that he was destined to be great. But I am particularly touched by the manner of his death because he was very close to me with some of his colleagues. I used to encourage them to take their studies seriously, be law-abiding, role models and prayerful in order to be good citizens in the future,” he narrated.

According to the cleric, Benjamin’s mother, a housewife and his father, a farmer, live at Ikusu village, some distance from Kagara.

Felicia, Benjamin’s eldest sister studies at a polytechnic in Jos, Plateau State, and her immediate younger sister, Cecilia, is in a secondary school in Ogbomoso, Oyo State, while the two other siblings live with their parents in the village.

“As a result of the outbreak of coronavirus early last year, I left for the village and the last time I saw Benjamin was before he left the school to Ikusu to meet his parents because the state government ordered the closure of the primary, secondary and all other tertiary institutions across the state.

Arising from the attack on Government Science Secondary School, Kankara, the state government said recently that the Commissioner for Education in the state, Hjiya Hannatu Jibrin Salihu, has been directed to carry out the assessment of needed repairs to be carried out in the school, with a view to awarding a contract to that effect.

However, that effort may have proved a little too late as the bandits had done their worst yet in that once peaceful community and shattered its peace. Though the residents may eventually get on with the routine of their daily existense, it will never be so for  Benjamin Habila, who family and friends, and even the school, will remember as a brilliant young man, who was brutally cut down by blood-thirsty killers for no clear and just reason.

How other security agencies are frustrating our efforts —Olayanju, Oyo Amotekun Commandant

The forces at work/The capitalist system