It’s not wrong if Fayemi is interested in an aspirant as successor —Dipe, APC spokesman 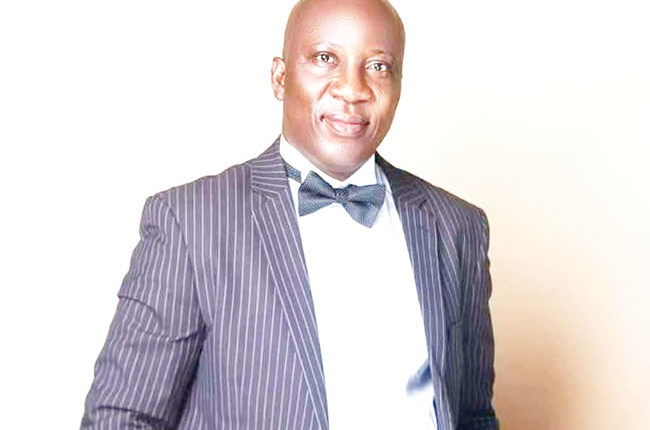 The Publicity Secretary of the ruling All Progressives Congress(APC) in Ekiti state, Segun Dipe tells ‘YOMI AYELESO in this interview the preparation of the party ahead of the 2022 governorship election and the rumoured endorsement of an individual by governor Kayode Fayemi.

The national leadership of your party has called for collection of nomination forms by aspirants but it appears not much is being heard from the gladiators, what is your take on this development?

It is a process and if there is any political party preparing for the 2022 governorship election in Ekiti state as of today, it is the APC that people can see. So, we are preparing and very optimistic of retaining the governorship seat considering the developmental projects and programmes of the present administration under the leadership of our amiable governor, Dr Kayode Fayemi.

But it appears there is fierce internal wrangling within the APC which could truncate the chance of the party leading to the election. What is the party doing in ensuring aggrieved leaders and members are reconciled towards approaching the election with a united house?

I think what you called the aggrieved is part of democracy because there is no party that will say that every members is facing the same direction and agreeing with every decisions. So, I don’t call that people are aggrieved but just a disagreement which is normal. We have our own internal mechanisms for resolving issues and like I said it is the process that matters. Let me tell you that there is nobody in the APC now in Ekiti that will want to defect to the PDP because our party has democratic principles with which will resolve issues and I can assure you that the disagreements are normal and will be resolved, it will soon fizzle out.

In the last two weeks, there has been growing reports of the governor’s alleged endorsement of a member of his cabinet. Is the party aware of this rumoured endorsement?

Let me say for the umpteen time that there is no endorsement anywhere in the party, otherwise we will not be preparing for the primaries. If you are saying that some people have interest in the governorship seat, it is democracy because people must have interest in the party and does not say other persons should not join the race. Interestingly, people have not even collected forms and people are already going to town about imposition or endorsement. What will happen even if the person they are mentioning will not even collect form, it is democracy. Are you saying in 2023 that President Muhammadu Buhari should not have interest in somebody and for him to have interest in someone, others will not throw themselves into the ring? Is there any time someone leaving government without him or her showing interest in somebody as successor? That is normal.

By the way, I am not aware of any imposition and nobody has told me about it. Our governor is somebody who always says his mind; he does not sit on the fence. Whatever he says, is what he means and what he mean, he says. He has not called and talk about any endorsement or imposition neither has he called the chairman of the party. But there are always assumptions and people looking at governor’s body language, it is normal and natural. We must allow the process to run its course and allow everything to manifest in due course.

In of this, what will be the party’s advice to aspirants as they commence the process leading to the primaries with the ongoing widow for collection of nomination form?

Our advice is that we should allow the democratic process to take its course, we should allow internal democracy and follow the rules and the tenets of our party. If you are not happy with any decision within the party ho ahead with the election, we should always approach the appeal committee and follow the due process. I can assure the aspirants that the same due process that threw up governor Fayemi in 2018, is what we will go through, there won’t be rancor. We should just trust the system and the process to play through.