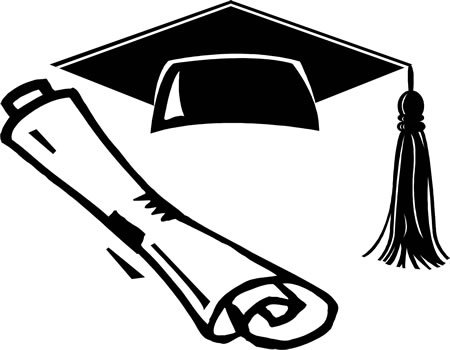 THE battle of wits between the Federal Government and the Academic Staff Union of Universities (ASUU) over the Integrated Payroll and Personnel Information System (IPPIS) may soon come to an end, with the recent compromise that seems to be close at hand. Even though the Accountant General of the Federation, Ahmed Idris is being ferociously attacked by the leadership of ASUU over his insistence on the full implementation of the IPPIS across the board, the Office of the Accountant General of the Federation (OAGF), where IPPIS is domiciled, is also responsible for all receipts into and payments from the Federation and Consolidated Accounts. The IPPIS was introduced in 2007 to provide accurate and reliable data on personnel in the public service, for the purpose of budgeting for recurrent expenditures and other challenges. The scheme is a form of identity system management aimed at providing a centralised database to support personal planning and decision-making, including the automated storage of personnel records to aid staff enrolment and monitoring, as well as to prevent wastage and leakages on the basis of factual personnel records and information. Some of the features of the IPPIS are the facts that it captures facial images and fingerprints of government employees and stores them in a digitalised data-based library, which can be accessed with authorisation from anywhere.

President Muhammadu Buhari has always been passionate about IPPIS, so much that in his 2020 budget speech, he directed that all Federal Government workers must be enlisted in the scheme. During a presentation of the Medium Term Expenditure Framework and Fiscal Strategy Paper (MTEF/FSP) in September 2019, the Finance Minister, Zainab Shamsuna Ahmed, announced the deadline of October of the same year for all federal ministries, departments and agencies (MDAs) of government to enroll their staff on the IPPIS platform. She insisted that based on a presidential directive, staff members who were not captured on the automated payroll system would not be paid their salaries. At a meeting with vice-chancellors, registrars and bursars of federal universities at the National Universities Commission Auditorium in Abuja in June 2019, the AGF, Ahmed Idris, told these senior university officials that the centralised payroll would be prepared by individual universities but coordinated through the IPPIS, while the total management of the human resources involved also rests squarely with the universities.

At subsequent meetings with the leadership of university-based unions, including ASUU, NASU, SSANU and NAAT in the same venue, Idris assured that the IPPIS platform would accommodate all financial peculiarities pertaining to university staff, including those involving sabbaticals, visitations, honoraria and other earned allowances. He added that deductions for the National Housing Fund (NHF), National Health Insurance Scheme (NHIS) Check-off and other dues from staff would be remitted to the appropriate accounts when due. While appealing to them, AGF said the university community, being the bedrock of knowledge production and the centre of reforms that has always striven for probity, transparency and accountability, towards good governance, would contribute tremendously in bringing to bear all such unique qualities in the implementation of IPPIS. In his remarks during the meetings, the Executive Secretary of the National Universities Commission (NUC) and the host, Professor Abubakar Rasheed said the IPPIS scheme would engender transparency, accountability and probity in government expenditure, as well as centralise the payroll systems that would address challenges affecting the country’s public universities.

The ASUU president, Professor Biodun Ogunyemi, at one of the meetings, expressed the fear that if implemented, IPPIS could erode university autonomy and the powers of University Councils. Possibly what provoked the anger of lecturers with the AGF was when he allegedly issued a letter dated December 2, 2019, advising vice-chancellors that universities which were not yet enrolled on the IPPIS should do so promptly or face appropriate sanctions. Many ASUU members appeared very furious with the threat. In a reaction, Professor Deji Omole, the ASUU chairman at the University of Ibadan, said it was unfortunate that vice-chancellors had now become errand boys who were being threatened by “an account clerk”. Meanwhile, in rejecting IPPIS, Professor Ogunyemi considered it wrong for universities to adopt a payment platform that was not designed for the peculiarities of their system. According to him, the platform does not recognise the negotiated agreements that had been reached on allowances that were not academic in nature, and those relating to research journals, among others. Some lecturers also pointed out that IPPIS is a one-line salary scale, in which taxes are even being deducted from allowances. As an alternative to IPPIS, ASUU produced and recommended the adoption of the University Transparency Account System (UTAS), regarded as a robust software solution that would be sensitive to the uniqueness of the university system in addressing personnel information and payment system, among other things.

It is gathered that the UTAS platform has been sent to the National Information Technology Development Agency (NITDA) for integrity tests to verify its efficacy and ascertain that the final product would pass the necessary technical requirements. During recent closed-door meetings, the AGF appealed to ASUU executives to agree to receive their salaries through the IPPIS platform, pending when the UTAS will be ready for use after the integrity tests on it have been concluded. The Union is said to have rejected these pleas by arguing that the functionality of the IPPIS was not demonstrated to them before government started using it for workers, while equally wondering why the demands for the adoption of the UTAS became the basis for the stoppage of their salaries. It is heart-warming that after extensive negotiations and foot-dragging, the Federal Government has finally accepted the demand of ASUU that its members be exempted from the IPPIS. Even though 697 ministries, departments and agencies of government (MDAs) and 1,139,000 staff, including those of the Nigerian Police, para-military and military establishment have been enrolled on the IPPIS as at June, the Labour Minister, Senator Chris Ngige informed the public last week, that the government has also agreed to ASUU’s demand to pay the salary arrears of its members, from February to June, throughGIFMIS, the old payment platform, until UTAS is ready for use.

The government equally has agreed to lift the ‘no work, no pay’ policy, which necessitated the withholding of the salaries of striking lecturers in the first place. While I pray and hope that the impasse between the Federal Government and ASUU would be resolved as soon as possible, no matter the eventual winner in this crisis, Nigerian youths, especially the students in public universities are the big losers, wasting eight-month at home, rather than being productively engaged in their citadels of learning.

I wish the accomplishments of the AGF in the last five years will not be rubbished or trivialised by certain unresolved issues. Even though the Federal Government extended his tenure for another four years in June 2019, I believe that it is however judicious to exit a scene when the ovation is loudest, especially as the AGF clocked the age of 60 on November 25, 2020.

The record of achievements and special interventions of Ahmed Idris, a chartered accountant and certified fraud examiner, on worthy causes, are quite numerous. Under his leadership, the Office of the Accountant-General of the Federation (OAGF) successful implemented a number of far-reaching reforms in public finance management (PFM), including the introduction of the IPPIS and the treasury single account (TSA); the adoption of the International Public Sector Accounting Standard (IPSAS), the Government Integrated Financial Management Information System (GIFMIS) and the Assets Tracking Management Project (ATMP); alongside the transformation of the Federal Treasury Academy, among others.

I will appeal to the Federal Government and ASUU to place the interests of the nation and those of young Nigerian students, who have experienced a very disturbing disruption of their education so far, above all other considerations, as they move forward in ending the ongoing impasse. May the best decisions for the ultimate good of the public prevail.