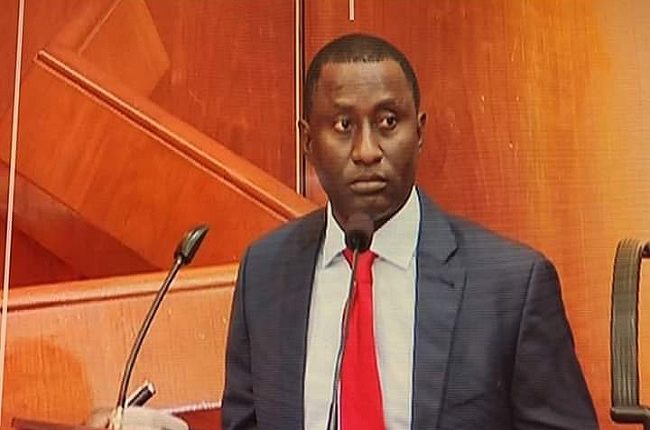 THE Federal Government has charged the state governments to invest in mining to increase their revenue base, create job opportunities and provide wealth for their citizenry.

Minister of State for Mines and Steel Development, Dr Uchechukwu Sampson Ogah, gave this advice during his visit to Governor Samuel Ortom of Benue State on the Optimization of Revenue Generation.

In a statement authorized by Tine-Iulun M.A, on behalf of Director, Press and Public Relations Unit of the ministry, and made available to newsmen in Abuja, on Saturday, the minister urged the state governments to support the programmes of the Mineral Resources and Environmental Management Committee (MIREMCO) as it would aid it in enhancing revenue generation from mining operations.

Responding, Governor Ortom said the state’s willingness to support and adopt the Federal Government’s policies that would bring revenue growth and development to the state.

He said the government would readily take advantage of any opportunity to create jobs and put smiles on the faces of his people.

He commended the ministry for its prompt response in coming to inspect and find a possible solution to the plight of people in communities where Mining activities have affected water supply.

Earlier in his welcome address, the Federal Mines officer, Engineer Agamah Simon Ogwuj, confirmed the abundance of mineral resources, especially barite, in the state, as every Local Government Area of the state has at least one mineral resource.

Engineer Ogwuj disclosed that only a few companies were actively involved in the mining of coal in the state, as some companies had shut down due to the activities of bandits.

Also, the Chairman, Benue State Mineral Resources and Environmental Management Committee, Engineer Samuel Tar Iyornumbe, disclosed that the committee had successfully resolved the local governments and barite Miners conflict in the state, adding that the Committee’s intervention had led to the repositioning of miners in the state to operate according to mining regulations.

CBN Pegs Exchange Rate At 386/$
Central Bank of Nigeria (CBN) has pegged naira exchange rate at 386 units to the United States dollar as it plans to resume weekly forex sales to Bureau de Change operators from August 31. In a circular signed by O.S. Nnaji, director of trade and exchange department, the apex bank said its decision to resume FX sales to BDCs is to enhance accessibility to forex “particularly to travellers” since the resumption date for international…Invest in mining

Blasphemy: I Will Not Hesitate To Sign Death Warrant If Yahya Sharif Fails To Appeal, Says Ganduje
Kano State governor, Abdullahi Umar Ganduje, has said he would not hesitate to sign the death warrant passed on Kano-based singer, Yahya Aminu Sharif if he fails to appeal the judgment. This was just as governor Ganduje said the state government has accepted the judgement passed on Sharif and is ready to abide by it. However, the Nigerian constitution gives the right of appeal to Shariff…Invest in mining Invest in mining