Political Panorama
By Tunbosun Ogundare On May 8, 2019 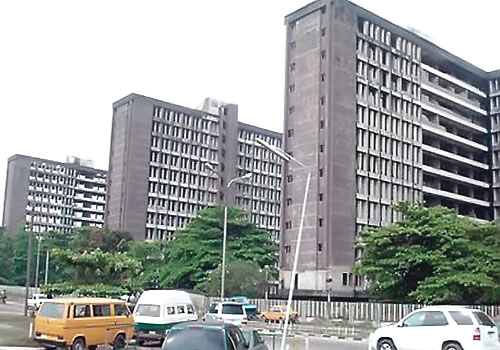 THE need to facilitates a conducive environment where ease of doing business would be enhanced has been canvassed by industrialist, especially, as relates to building materials production in Nigeria.

Among the challenges the investors want government to tackle include multiple levies by various agencies, inadequate power supply, near-absence of basic infrastructure, especially road, and so on were highlighted.

Commenting over the issue last week, Managing Director of Purechem Industries Limited (PIL), Mr Govindaram Suresh, while seeing Nigeria as a potential place for economic growth and development, however described the country as a place where business environment is creating a lot of challenges for investors, especially in the manufacturing sector.

In his welcome address at an annual awards ceremony organised recently in Lagos for the distributors of non-asbestos fibre cement roofing and ceiling boards, being produced by Top-Rite Company, a subsidiary of the conglomerate, Suresh urged government to do something concrete to address the numerous challenges and make ease of doing business in the country more friendly.

“Nigeria is a country with huge market potentials and has effectively leveraged its abundance of natural resources but there is a long way to go.

“With a huge market and growing population, the ease of doing business certainly has to increase. Manufacturing has to be given its share of importance and should not be seen only as a revenue generating segment by the government agencies.

Speaking further, he said: “We face increasing demands and levies in various forms from the federal and government agencies. For example, several agencies do ask for the same piece of information and demand inspection at very frequent intervals. So, governments and its agencies will need to harmonise and adopt more industry-friendly measures and initiatives and actively promote ancillary industries,” he counselled.

While also decrying the poor state of road infrastructure, especially on the Lagos-Abeokuta expressway where Top-Rite factory is located and the delay in clearing goods at the seaport, suresh said these conditions had pushed up the cost of production significantly for the company.

According to him, the time taken to clear the imported goods from the seaport has increased phenomenally. What we used to clear, say within 14 days or less, now takes 30 days or more. Truck availability is also uncertain due to port congestion and poor state of roads around and on Lagos–Abeokuta highway. So, cost of transportation from the port to our factory has increased four to five times above normal.

He, however, lauded the federal government’s approval of the new monthly minimum wage of N30, 000, saying this is a more disposable income for workers thereby increasing their purchasing power.

On the company rewarding its customers\distributors, the managing director said the gesture had been a customer relationship management culture for the company as a special way of appreciating their loyalties, apart from the various regular incentive schemes to support them.

The award ceremony, tagged “Annual Distributors Meet,” was segmented into three categories, with top five from a total of 54 award recipients in all, went home with the company’s economy roofing sheets, vehicles, plaques and certificates of recognition for what the management described as “their outstanding performance in the last one year”.