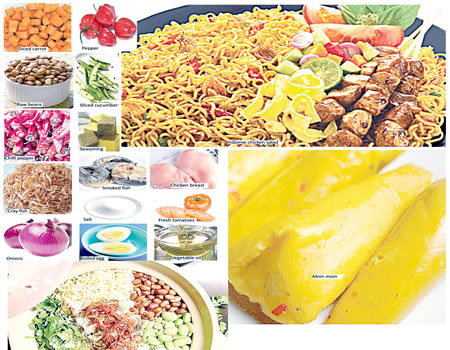 INDOMIE salad is an exotic indomie prepared with series of vegetables cut in a horizontal way with fried chicken by the sides. Moin-moin, on the other hand, is an African food prepared from beans with other ingredients that make it delicious. 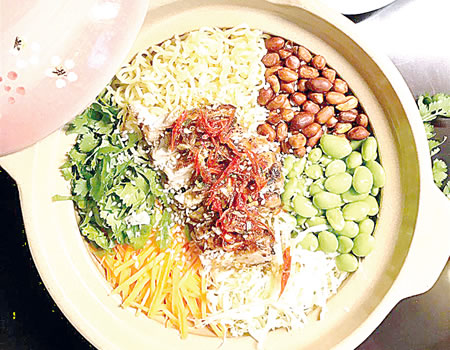 Peel the brown part of the beans and soak the white part in water until it is soft. Then, blend the soft white beans. After blending the beans, pour it in a bowl and add salt, seasoning cubes, crayfish, smoked fish, egg and groundnut oil. Stir the mixture and wrap them with leaves, cellophane or plastic plates. Place a pot of water on fire and put the wrapped beans mixture in it. Allow the pot content to boil for 30 minutes. Wash and cut the vegetables in a horizontal way.

Cut the chicken breast into bits. Add spices and fry with vegetable oil. Stop frying when it is golden brown.

Pour water into another pot and add Indomie. Allow the indomie to boil and then add fresh tomatoes, pepper and spices to it. Bring down the pot after about five minutes of heating.

Serve the spiced indomie, the wrapped moin-moin and the sliced carrot, cucumber, green beans, lettuce, with the fried chicken breast beside them.

Enjoy your indomie salad and moin-moin.