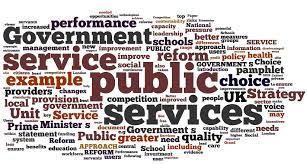 The Bureau of Public Service Reforms (BPSR) was established February 4, 2004 as an independent and self-accounting body charged with the mandate of initiating, coordinating and ensuring the full implementation of government reform policies and programmes based on the realisation that for optimal service delivery to citizens, there is the need for aperiodic review of the performances of agencies and the need for adjustments, where necessary for efficiency and optimal productivity.

For success and productivity in every organisation to be achieved, there is a need for every organization, parastatal or department to measure its performance to ascertain its strengths as well as weaknesses. By so doing, it will help the organisation know where to improve and where to build on by making necessary adjustment.

To achieve proficiency and effective service delivery across every Federal Government Parastatals, Agencies and Commissions (PACs), BPSR in 2015 produced a guide which was complemented by an automated Self-Assessment Tool (SAT), which can be used to measure quality performance in public service institutions.

The self-assessment tool is designed to establish baselines with the organizational strategic management approach from which reforms can be considered. As a strategic health check organisational tool, it will serve as analysing tool which will depict the weakness and strength of an organisation.

Notwithstanding, where certain weakness is identified, the tool will advise on necessary steps to be taken in other to improve management processes as well as governance.

To be on the same pedestal with developed societies and global practices, the bureau was mandated to facilitate the implementation of this initiative which will be very resourceful in attaining excellence in the performance and transformation of public services.

The self-assessment tool which has been successfully test-run in some parastatals, agencies and commissions, have been found to be a valuable mechanism to checkmate and improve the performance of organizational activities.

The introduction and successful deployment of the Self-Assessment Tool will ensure more efficacious implementation of the current reform initiatives of the bureau as it has judiciously outlined its four years strategic plan- kickstarting January 2020.

To paint the big picture of this self-assessment tool, it is designed in a manner that only serves as a means to improve management and institutional activities; thereby measuring and tracking the success attained throughout respective MDA’s.

As for BPSR, the data generated from the tool will be handy in helping ascertain where to invest resources in the future to better assist organisations towards effective public service delivery.