• We will react later, says PDP 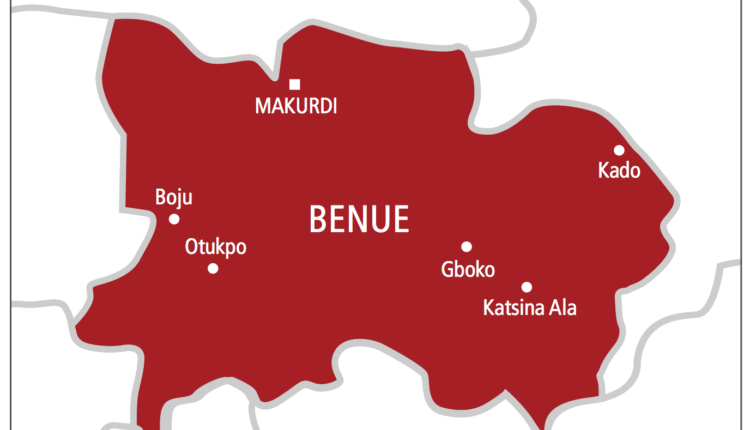 The All Progressive Congress (APC) in Benue State on Tuesday accused the PDP-led government in the state of incessant herdsmen killings in the state.

Addressing journalists at the party secretariat, the chairman of APC in the state, Austin Agada alleged that the recent killings in the state were as a result of the rustling of cows by the Livestock Guards and the newly established Community Volunteer Guards.

Agada stated that the implementation of the anti-open grazing law should be targeted at the fulani herders, not cows.

He said “We the undersigned leaders of APC are constrained to once again bring to the attention of Nigerians, the increased wave of killings of Innocent citizens of Benue State especially the people of Ihyarev extraction and appeal to both Governor Ortom and the Fulani militia to tread the path of peace and refrain from all activities that have led to the escalation of security breaches in the aforementioned Local Government Areas.

“This appeal has become necessary in the light of the renewed rustling of cows by Governor Ortom’s Livestock Guards and Community Volunteer Guards under the guise of enforcing the Open Grazing Prohibition Law on the one hand and the Fulani militia’s counter-attacks against our Innocent people who have no links with either rustling of cows or the so-called enforcement of the law.

The APC boss further alleged that the Implementation of the Open Grazing Prohibition Law was targeted at cows instead of the Fulanis who shepherd the cows leaving much to be desired.

“It is therefore our contention that Governor Ortom should immediately review this mode of enforcing the law and go after the perceived violators of the law.

“It is no longer news that the Ihyarev nation has suffered untold hardship as Internally Displaced Persons (IDPs) under Governor Ortom’s watch as a result of this episodic circle of cow rustling and Fulani militia attacks especially during election seasons, a situation that has led us with the conclusion that the attacks are predetermined to achieve a particular political objective.

The opposition party also called on the leadership of Fulanis in the country to direct its militia to lay down their arms and allow peace to reign in the state.

Agada also advised the PDP-led government to dust and implement the recommendations of the Atom Kpera committee to ensure peace in the state.

On the verdict of the Appeal Court, the party said that they were ready to go into the fresh primary in the affected LGAs.

Agada, however, called on the party supporters in the affected local government areas to remain calm and prepare for the primary.

When contacted, the State Publicity Secretary of PDP in the state, Bemgba Iortyom said he needed to go through the issues raised at the press briefing before making comments and thereby promised to respond later.

Northern Elders Forum warn against attempts to interfere with election