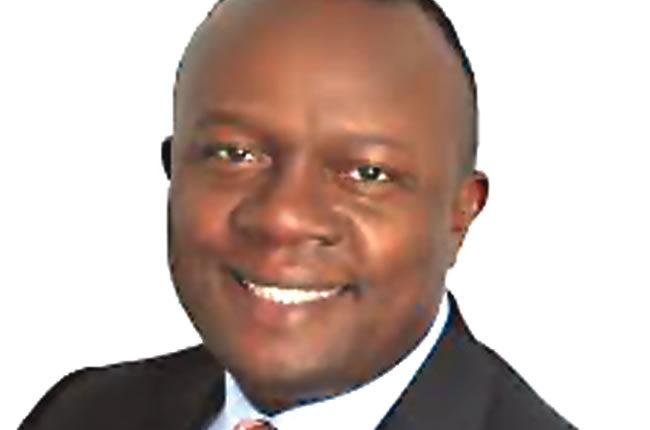 A contender for the Peoples Democratic Party (PDP) ticket for the November 6 governorship poll in Anambra State, Dr Valentine Ozigbo, suggests criteria that should guide the party in its plan to regain power in the state. KEHINDE AKINTOLA brings excerpts of the interview:

With the rising number of contenders for PDP ticket, is it not proper to explore the option of consensus to aver post-primary rancor.

Anambra is not different from any other states. We are going to do a proper and democratic process, where people who are interested in bringing in their wealth of experiences, to come to bear in changing the story for good in their states. In Anambra, many have shown interest;  many people that are qualified and competent are free and willing to show up. On the day of the primary election, we will make sure the best emerges through a transparent process that we have been guaranteed by the national leadership. And I’m deeply thankful to our dear national chairman, Prince Uche Secondus for his commitment in ensuring that indeed, we go through a free and fair process. I am yet to see in PDP, where we go through this process without going through primaries.

PDP is the only party that undertakes true primaries and we are in line with the tradition as Anambra people. So, I’m happy that we’re going through that process. Now talking about building consensus, I’m also an advocate of consensus and peace and I want to tell you that it is the reason I’ve been engaging quite a number of stakeholders, including at the level of aspirants that ‘let’s unite; let’s form a nexus so that at the end of the day, whoever wins the primary election will get the support of those who have lost, especially when the process is fair and credible. So, I believe in consensus, and if it is necessary for anybody to step down, that will be fantastic so that the number of aspirants will reduce and the cost of electioneering minimised. But also I want to say this, by the grace of God, today I am the leading aspirant, I am the top contender for the job and by the grace of God, I’m on my way to winning the primary election of the PDP. Be that as it may, if any of us must step down, we will need to check out for who is performing better than the other on the field. That is how that decision should be taken because you don’t tell the person running first to step down for number two; that usually is not the practice. So, let the grassroots be the decider.

How do you mean, especially as it relates to your chance in the race for PDP ticket?

Let the people at the base tell us who their favourite should be. And I want to thank God for making me somebody that’s already close to becoming a consensus candidate of the party, given the way we have performed. I want to make sure that at the end of the day, we go into the main election as one body. That’s the only way we can overcome whatever may be the influence of anyone whether in the All Progressive Grand Alliance (APGA), the All Progressives Congress (APC) or any other party for that matter. The only way we can win this election is that we go into it as one family, and my promise is to do everything possible to unite the PDP.

Are you not intimidated by the candidate of APGA, Professor Chukwuma Sokudo, who is believed to have the full backing incumbent Governor Willie Obiano?

I actually want to request that you appraise my credentials very well because when you do, the question should be the other way round. Shouldn’t Soludo be intimidated by my candidacy? I want to say that I have many unique advantages that, by the grace of God, may not be equalled by him. As you know, we’re talking about how to get Anambra to catch up with the rest of the world. The person you have before you is a digital man, who understands the future; so, it is not so much about what happened in the past. As a matter of fact, if you’re looking for class or modernity, as well as energy that is required for this process, that understands politicking and governance, we represent those values. I am superior in terms of what I can bring to bear.

What exactly do you mean?

If you’re also looking for people who are widely acceptable; who have no baggage; who have no enemies; who haven’t done anything that has anybody to question about. I thank God that he has been able to take me through that journey of life. If you want to talk about intellect, I’m also not second class to anybody. By the grace of God, everything I’ have ever done, I came tops, including primary and secondary schools. I went to the University of Nigeria (UNN) the same institution he attended. I made the best results in my department and the faculty. I went to England for masters, I made distinction in finance; I went to the Institute of Accountants, I am a fellow of multiple bodies. I’ve also been to multiple universities in the world and I’m the president of the GCO class that we just finished few years ago. So the point here is that in the banking career, I spent 17 years and within the first year I became the best staff of a bank I worked for. I walked from being branch manager to Regional Manager to General Manager and got to a level where I became the director of international banking, going to multiple countries of the world to open banks. So, if you’re also looking for somebody who’s a community developer, I’ve also been in a very key in making sure we empower women and youths through my foundation. I’m also here to tell you in the world of today, sports and entertainment are trending, and I am one of the biggest promoters of sports in Nigeria and the biggest promoter of crystal football in Africa, as well as a big employer and investor in the entertainment world.