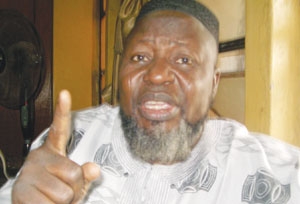 The Minister of Communications, Barrister Adebayo Shittu said Information and Communications Technology (ICT) has become a major driver of development globally.
Shittu stated this in Katsina during the just concluded National Council on Communications Technology (NCCT) recently.
The Minister while appreciating the Katsina State Government for hosting this noble event said ICT sector is the centre of government development agenda and that the growth of the sector is rapid which has contributed 9.8% of the Gross Domestic Product (GDP).
He said due to the rapid growth of the sector and remarkable contributions it made to GDP has made the Federal Government to issue the Nigeria ICT roadmap and are working on reviewing the National ICT Policy which would bring about increasing access, improvement of quality of service, extension of average to unserved, and underserved.
The major goal he said is to provide cost effective ubiquitous access to ICT for overall national development.
According to him, NCCT is the highest government sectoral advisory body on ICT that brings together several stakeholders to discuss   and harness feasible and implementable recommendation that can inform policy and on how to use ICT as a tool for economic recovery.
Speaking earlier, the Governor of Katsina State Alhaji Aminu Bello Masari, thanked the Minister for choosing Katsina State to hold this noble meeting. He added that ICT is an essential tool and remains the main focus.
Therefore, Katsina State Government is paying a special attention to ICT which made the government to allocate 20% of its budget to education to be able to harness all that it entails in ICT.
In his welcome address, the Special Adviser, Department of Science and Technology Dr. Rabe Nasir expressed his gratitude to the State Government for hosting the event and said that embracing ICT is not only key to all facets of human development but it is a compelling reality that ultimately guarantee and shape global economic multi-lateral integration for every country to tap.

We will ensure development of Sokoto State ― Tambuwal