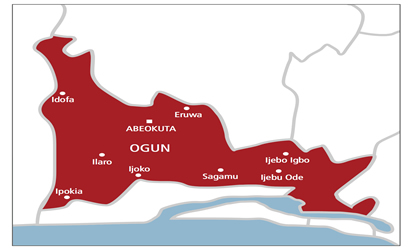 SEVEN people including a pregnant woman, lost their lives on Tuesday night, along Ajebo Road, in Abeokuta.

The accident occurred at about 9.00p.m when a Volvo truck conveying granite rammed into a Nissan Bluebird.

The incident was confirmed by the Ogun State Sector Commander of the Federal Road Safety Corps Mr Clement Oladele.

The FRSC boss said the truck lost control due to brake failure break failure which led to a head-on collision with the Bluebird car which was going towards Mile 6.

He said,”The truck was coming from OGTV road going into Abeokuta, while the car was going to Mile 6. The truck had brake failure, lost control and crossed to the opposite lane and hit the oncoming vehicle.

“The only dead female victim was pregnant.”

The sector commander said the corpses of the victims were taken to Federal Medical Centre (FMC), Abeokuta, mortuary, and the injured ones were admitted to the same hospital.