‘I thought of quitting academics when the pressure was much’

For 38 years, no one was able to get a first class honors degree in the Department of Political Science of the Ahmadu Bello University, Zaria, Kaduna State until Abdullahi Lere Muhammad broke that jinx with a cumulative grade point average of 4.52. He spoke with IFEDAYO OGUNYEMI on his journey to achieving that feat.

Achievers
By IFEDAYO OGUNYEMI On Mar 7, 2020 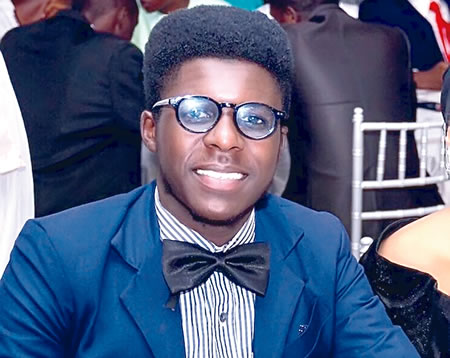 How best would you describe your recent academic feat at Ahmadu Bello University, Zaria?

All praises are due to the Almighty God for giving me such a rare opportunity. I can categorically tell you that so far, this is the greatest achievement I have made in my life.

How many awards did you win in the department before now?

In 2017, I was chosen among the 47 best students in the university, and I was given a monetary scholarship by the government of the Peoples Republic of China through its Ambassador to Nigeria. In addition, I won two academic awards: one at the Faculty of Social Sciences while in 300 and 400 levels, and now this: breaking the about 38-year record.

Did you make conscious efforts to get a first class degree from the start?

Achieving first class degree was never my thought when I was given admission to study Political Science in ABU, probably due what I had heard from several graduates of Political Science across the country about the theoretical and philosophical nature of the course. All I wanted then was to be a good student with a reasonable class of degree. But, after the release of our 100 level first semester results, the story changed entirely; my Grade Point Average (GPA) was at 4.78. From that time, all sorts of advice started coming from friends and well wishers, that I could maintain it and eventually graduate with first class honours, which I readily stuck to.

Were there times you felt you were putting yourself under too much pressure?

Yes, especially in my 300 level where the courses we took happened to be very difficult and were theoretical with more concern on issues of critical thinking in philosophy and in the real-life issues of governance. The pressure we were subjected to in terms of book reviews, class presentations, debates over political issues, trying to make meaning and establish a link between theory and practice put us under extreme pressure. Sometimes, I even thought of quitting the system.

Were there specific things you had to stop doing when you got to school to attain your goal?

Not really; I just made studies my main priority by setting a timetable for both academic activities and my private life.

ALSO READ: I caught my husband making love with a another woman —Woman

How would you describe your social life while on campus?

I have always been moderate in socialising with friends online and offline. Sometimes, I attended school funfairs, dinner and award nights, Iftar during Ramadhan. In addition, because I am a staunch supporter of Chelsea Football Club, I didn’t miss watching their games, except the times I knew it would affect my academic activities.

Some students would be curious about your reading schedule. What was it like?

My reading schedule wasn’t really tight as everyone would expect. I revised my previous lectures every morning before going for the next lectures. Due to the nature of our school sometimes, I normally went to class always prepared for any impromptu test (short gun, we used to call it) to avoid being taken by surprise. I also read in the evening between 5- and 7pm which is my favourite reading time because my head absorbs more during that period. However, depending on the workload, sometimes I did read at midnight from 3 am to 5 am.

What has always been your motivation for excellence?

Would you say your commitment to your studies was self-driven or did your parents compel you to be more studious?

Actually, it was self-driven, though with encouragement from my parents and some teachers. I also like listening to stories of people that have excelled in life. That also makes me feel more encouraged and enthusiastic to maintain the level of my progress, no matter what difficulties are attached to it.

Given your outstanding performance, were there times your parents rewarded you for excellent performance?

Yes, they have rewarded me with several gifts for excellent performance right from my secondary school days. I thank them for being such wonderful and encouraging parents for their consideration and rewarding of excellence.

Now as a graduate, what would you say is your dream profession?

Well, since my 100 level days, I have developed a passion for lecturing, though with a greater love for humanitarian services to the needy ones.

What excites you the most about the profession?

What excites me most about the profession is that it gives one the chance to impact more on the younger ones. In addition, it also gives one unending life opportunities to read and understand sources of different epistemologies in life through which one can meaningfully contribute towards ameliorating societal challenges.

What attracted you to Political Science as a course of study?

The most exciting thing about my course is the way our minds get exposed to critical thinking, which makes us better-trained analysts. In Political Science, we are always trained to see things differently from how other people perceive political realities. Everyone can be a politician but only the trained ones in the science of politics become critical thinkers and better analysts with the capacity to change the world’s political games. That is why all presidents of the world have hired the services of trained political scientists who guide them to the path of achieving greater coherence and effectiveness in the domestic and global governance. Even in the security realm, political scientists do play tactical roles more than what many military personnel would offer. Political scientists design and shape the global policy frameworks through which the international system responds effectively.

What distractions/temptations did you face or avoid?

Well, the campus is filled with social activities which people engage in on a regular basis. Most times, my friends attended parties, hangouts, funfairs, and other social events on a more regular basis than I did. But, knowing my goal and what it takes to achieve it, I had to limit such social activities and put more efforts and focus on my target, especially at the 300 and 400 levels.

After your first degree, what are your immediate and long-term plans?

At this time, my immediate plan is to complete the national youth service (NYSC) during which many things will definitely come up. In addition, going back to pursue postgraduate programme is my most important plan.

What advice do you have for students who wish to have your kind of academic record?

My advice to the younger ones is that they should understand that achieving success in life goes quite beyond mere wishes, hopes or aspirations. There has to be a set of objectives forming the basis of a target goal. One has to stay focused on the set goal; be determined to get it; dedicate yourself to it, and persevere. Ultimately, prayer and keeping good company help protect one from being overtaken by problems of temptations within the university.

Cocktail Goodness …Try the punch and the Cappuccino