I have nothing to hide ―CJN 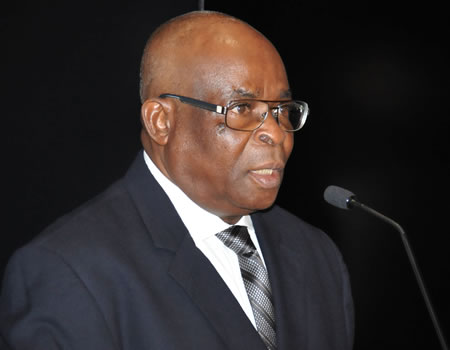 The Chief Justice of Nigeria (CJN), Justice Walter Onnoghen on Wednesday said he has nothing to hide in carrying out the duties of his office and that he is open to investigation by any government agency.

As a committed patriot who has spent all his adult life in the temple of justice, the CJN said he is ready to pay the required price to make the nation a better place.

Justice Onnoghen was reacting to the media report quoting the EFCC as probing him for yet-to-be disclosed reasons.

A statement made available to newsmen by the Senior Special Assistant (Media) to the CJN, Awassam Bassey yesterday said the reports in the media mentioned the reason for the investigation as “intelligence” which for now is taken as abstract.

He said it is the first time the CJN is aware of any allegations or intelligence against him, neither has he been invited or called upon to offer any explanation on any impropriety.

The statement read in part, “The commitment of the CJN to the efforts of the current administration to rid the country of corrupt practices is unwavering and he will stop at nothing to see a new dawn in Nigeria’s Judiciary”.

The CJN said he will not be distracted in his avowed reformative efforts to make the Nigerian Judiciary a beacon of well-rounded justice which the entire citizenry will be proud of and urged Nigerians to keep faith and trust in the present administration’s fight against corruption.

Meanwhile, the anti-graft agency, in a statement by its Head, Media & Publicity, Wilson Uwujaren stated categorically that it is currently not investigating Justices Onnoghen and a Judge of the Federal High Court, Justice Abdu Kafarati.

EFCC’s spokesman said in the statement that, “while Onnoghen was being considered for his present position, the Commission received some petitions which were investigated and found to be without merit and discarded.

“It is important to state that this report did not emanate from the EFCC and the allusion to “an EFCC source” is diversionary and mischievous.

“For the avoidance of doubt, cases under investigation communicated to the Office of the Attorney General of the Federation (AGF) by the Commission are classified information and it is troubling how such would be leaked to the media.

“The mastermind of this leak is out to create disaffection between the Commission and, particularly, the Judiciary”, the EFCC statement stated.

“Indeed, much damage has been done to the Commission’s investigation activities by this leak especially as some of the cases mentioned are still at preliminary stages of investigation”, the statement added.

The EFCC statement also, was in reaction to a story entitled, “CJN, Okonjo-Iweala, Fayemi, Fayose, Others Under Probe – EFCC”, which appeared in The Punch Newspaper of  September 6, 2017 regarding a list of high profile persons, including the CJN, Justice Walter Onnoghen, former Finance Minister, Ngozi Okonjo-Iweala, Minister of Solid Minerals Development, Kayode Fayemi and Justice Abdu Kafarati of the Federal High Court, who are  said to be currently under investigation by the Commission”.

According to the newspaper, “The list, sighted by one of our correspondents via an EFCC source on Monday, was recently sent by the anti-graft agency to the AGF and Minister of Justice, Abubakar Malami (SAN), based on request.”