I have no plans to dump PDP ― Senator Aduda 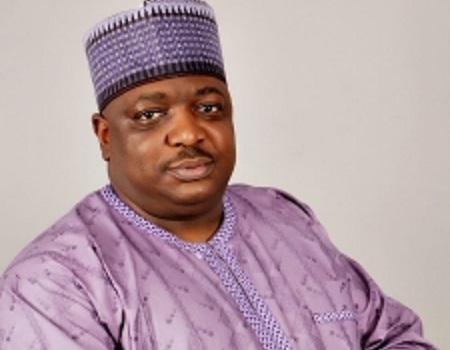 SENATE Minority Whip, Senator Philip Aduda, who represents the Federal Capital Territory (FCT) in the Senate, said on Thursday that he has no plans to defect from the Peoples Democratic Party (PDP).

The Senator, who debunked media reports indicating that he had defected to the ruling All Progressives Congress (APC), said that the report was fake and unfounded.

Senator Aduda, who fielded questions from Senate Correspondents said that the story was untrue adding that it was a figment of the imagination of those behind it as according to him, he has no such plan.

When asked to respond to the story of his defection, he said: “No, I have not defected, I am in People’s Democratic Party( PDP) I am not planning to defect, body and soul, I am in PDP. I am a bonafide PDP member and I am a leader in the PDP, and not only being a leader in PDP but I a loyal member of the party from my ward to the national level.

“I have heard the trend on the social media and also all sorts of stories on the alleged defection but it is false. People have called me from all over the world and even my constituents. I want to thank those who expressed concern about my political career and future.

“We must continue to build not only institutions but parties. And as such my ideology is with the PDP and I am still a member of the PDP.”

He said: “You should know that politics has nothing to do with friendship and as such, we have our political differences.