I have no issue with Mercy Aigbe —Bimbo Akinsanya 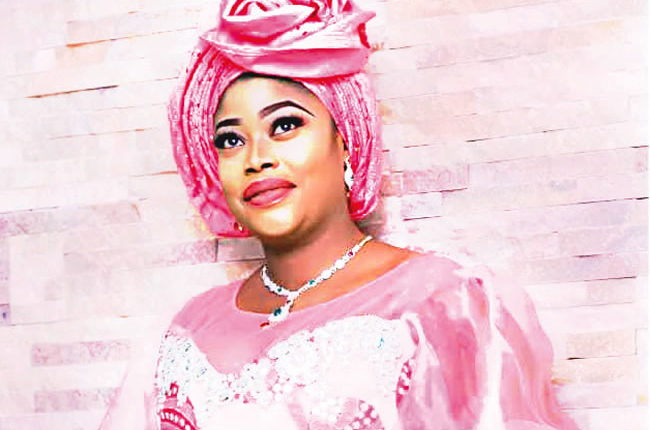 Bimbo Akinsanya is not new in the Yoruba medium of the movie industry despite taking a break to nurse her baby. While she has her fair share of scandals in the industry, the actress says she had moved on and wants to get back to work. In this interview by SEYI SOKOYA, she speaks about her career and life.

You have kept a low profile for a very long time despite your popularity in the Yoruba movie industry. Why?

It is as a result of the core responsibility of a woman. When I got married and I got pregnant almost immediately, I had to be careful about my state then. I had to reduce my involvement in acting, in fact, it got to a stage that I stopped honouring invitations to locations, parties, and all. After three months, I left my marriage. My son was about three months old then. It wasn’t that easy for me, because I never prayed for such an experience. But I eventually found myself in that situation and thank God, I am bouncing back in the industry now.

What did it cost you to get your feet back in the industry?

The pressure of the calls for jobs was more and coming back wasn’t hard because it is what I love doing. It is what I have been doing for years. The invitation from colleagues and my passion for acting prompted my return. My son is five now. I didn’t work for two years, but acting is not something new, so it was easy. I had a break for two years.

Some of your mates have moved up the ladder; how is this not going to affect your delivery?

That doesn’t matter. I am not bothered about the fact that some have gone ahead or at the same level with me. I believe in my brand and I am not in a race with anyone. I only focus on myself and dream. By God’s grace, I am comfortable, though I may not be a millionaire.  From the onset, I have never competed with anyone or feel threatened by people’s success. I am contented with where God has placed me.

You are not only returning to the industry, but you are coming with a new movie. Can you tell us about it and what it cost you to produce this project?

The new movie is entitled ‘Senator’s Wife’. I wrote the movie. I felt it has been a while since I produced a movie, so I decided to come back with a significant mark. The last one which I produced and was marketed by Afeezco Films is ‘Eni Maa Kure’. I did it about eight years ago. I used to think about the title of the movie and the story itself, I said to myself, ‘why not play the senator’s wife? I think if I play the role, it would make people look at my belief’, which I played in the movie. Popular faces are featured in the movie, and these include Jumoke George, Antar Laniyan, Bisola Badmus. The story is about betrayal, love, and deceit. It will be in the cinemas from December 18 till January 3 next year. I don’t think I will release it on CD. The film will be at the cinema on December 18, 19 and 20, at National Theatre, Iganmu, Lagos. The Cultural Centre, Abeokuta will also have a feel of the new movie on December 31, January 1, 2, and 3. Before then, it will be shown at the Cultural Centre, Ibadan and Mauve 21 Event Centre from December 21 to 26. The production of the movie cost me a lot. Revealing the actual millions it cost me is not the target, though I produced the movie with my personal fund. So, it will be better for me to take it to the cinemas and online, especially on YouTube.  The movie has nothing to do with any serving or former senator or their spouses.  I just gave it that title. It has nothing to do with politics.

Now that you are back in the industry, what should your fans be expecting after this project?

After this project, I have so many jobs to work on. After this, I have two movies to embark on between January and February 2021. I would not want to unveil details of the movie now. Indeed, 2021 is loaded for me.  It is no news to me that there are lots of developments in the industry. I have seen lots of new faces. Even when I was shooting my movie in July, a lot of new faces were recommended to me to feature in my work. I am not familiar with the new faces yet; I believe that as time goes on we may blend.

What has motherhood taught you so far?

There are some things I used to do that I need to stop now that I have a child. Before, I used to expose my cleavage, but now, you can’t see me wearing revealing clothes. I have a boy. In fact, I am looking for a way to get rid my tattoo because my son sometimes asks me questions about it, and to me, it is embarrassing. I do not wish to see my son grow up to wear a tattoo or sag and all other things. Motherhood made me know that there are some things you have done in the past that you have to stop or regret doing. One thing I regret is this tattoo. Motherhood has taught me and is still teaching me a lot. You know there are some things you do in front of your child that they emulate. I wish to train my child in the way of the Lord and I have been trying my best in this area.

One of the joys of motherhood is childbearing, should your son be expecting a sibling soon?

By God’s grace, I hope to remarry and have more kids.

Are you saying you do not regret leaving your marriage?

No, seeing my son alone is enough joy for me. I wasn’t happy living in that house, even when I was pregnant, I was eager to leave. But I am happy now.

You have had your fair share of scandals as an actress, how do you feel about this?

Firstly, I have a conscience. If you have a pure heart, a good heart, you will overcome some. I believe that not all battles will be won in life. The innocent often get punished for a crime he or she has not committed. Some people will even question the existence of God. Challenges will come, we should do our own part when our conscience is clean, and you will overcome them. The way God does His things is unquestionable.

What is your relationship now with Mercy Aigbe over the claim that you snatched her husband?

We have never been friends. We are not enemies either. We have never had a disagreement. This news that bloggers are peddling about snatching of husband, is not true. I don’t know where they got that fake news from. I do not have any problem with her and I can never have any problem with her. It is all fake news. We are not even close. I don’t think we have ever met at any movie location or party. The first time I would say I saw her was when Saidi Balogun celebrated his 50th birthday and I sighted her afar.

I don’t have her contact and I cannot say anything bad about her. I have even confronted the man in question about the rumour and he said he was surprised as well. I am an adult and I cannot deny my actions or deeds.

My grouse about DMW –Yonda

I don’t joke with fasting and prayer —Shina Peters