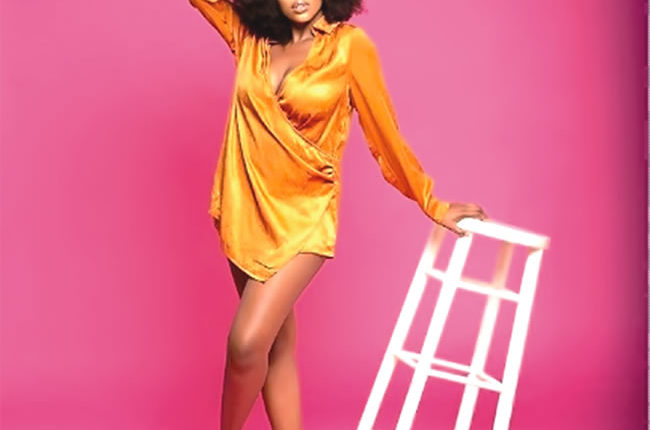 Elma Mbadiwe, the budding actress who plays Talullah on  ‘Unbroken’ movie series speaks with Segun Adebayo about her rise and life as an actress.

The character Tallulah from Africa Magic’s Unbroken is no stranger to many people who love to watch the show as she has become a popular name in the industry, especially on social media platforms.

On the nights when she graces the screen, she attracts a significant amount of attention from fans who either cheer her on with Tivdo, or condemn her actions – depending on how things have panned out in that episode.

She also played Laraba on E.V.E, which, like Unbroken, is currently streaming on Showmax.

Speaking with R on what motivates her dream and what it feels like being one of the actresses currently drawing people’s attention. Mbadiwe said she had always been dreaming of where she is currently even as she added that the road to stardom began for her some years back.

Being a leading actress in the popular series, Unbroken, has given her the push to go out for more.

Elated Mbadiwe said filming Unbroken series was the best thing to have happened to her career.

“Filming Unbroken has to be one of the best things to ever happen to my career and my life actually, because I got to meet and become friends with amazing people, from the cast to crew members,” she said.

“The role was challenging, but I learnt to take it one day at a time, and focus on the good. Now, that we’re done with shooting and the fans keep raving about it. I can only be grateful to God, and the executive producer, Aunty Biodun Stephens, for the opportunity”.

Given such a stirring performance, she was asked if there are similarities Elma shares with her character on the show.

She says, “There is a little of me in Tallulah. I consider myself strong, and a no-nonsense person. I will always voice my opinion and would never let anyone bully me.”

Elma adds that Tallulah has been her most memorable character to date. “Playing Tallulah was very dear to my heart. A lot went into it: my time obviously, tears and sweat! Playing the character taught me a lot, and the fact that I had to do it for a year…it was just crazy.”

Elma, who holds a B.Sc in Mass Communication from The Redeemer’s University and an Acting for Screen diploma from Royal Arts Academy, says acting has always been a dream for her.

“I used to act as a child because I enjoyed it. Now I figured I can earn a living doing what I enjoy. I fondly remember watching old Nollywood movies and re-creating the characters.”

But acting is not the only dream Elma has. Working with Genevieve Nnaji is high up the young actress’s wishlist and according to her “it’s been a childhood dream”.

Having spent five years in the industry so far, she was asked what her dream would be when she was starting out. She said, “Go to film school in London!”

“It’s wise to learn about an industry before you go into it, and I would have been a better performer, I know that for sure. Right now, it’s still in the plan, but time is a huge factor. Leaving the scene for three months and then coming back would feel like starting over again. Also: I’d encourage myself to be more patient with the journey.”