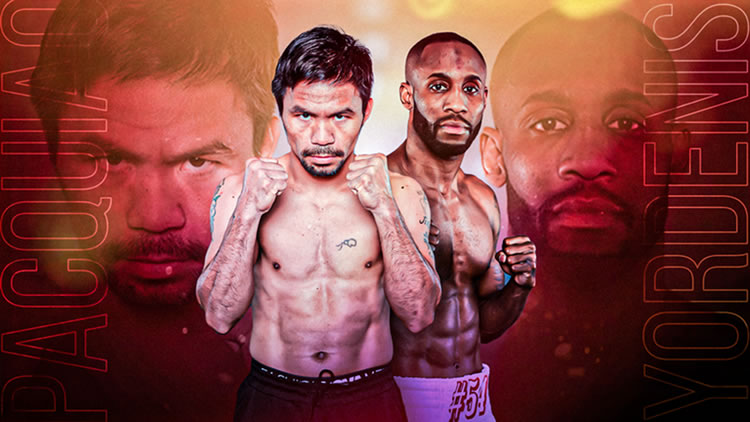 After over two years of inactivity, 42-year-old Manny Pacquiao (62-7-2, 39 KOs) will face Yordenis Ugas (26-4, 12 KOs) for the WBA welterweight championship on Saturday night at the T-Mobile Arena in Paradise, Nevada.

Pacquiao is the only eight-division boxing champion. He will be attempting to reclaim the title against Ugas who was awarded WBA (super) in January. Pacquiao held the title after his split-decision victory over Keith Thurman in July of 2019 but was stripped of it in January due to inactivity.

Although this fight is less interesting for the general public, Spence is still rated the No. 4 pound-for-pound fighter by ESPN and Pacquiao is one of the greatest boxers in history — Ugas will not be a pushover opponent. His only loss was against Shawn Porter, a former WBC champion.

Ugas beat Abel Ramos in September 2020 by a split decision. He won the WBA (regular title) title, before being promoted to super champion in January. 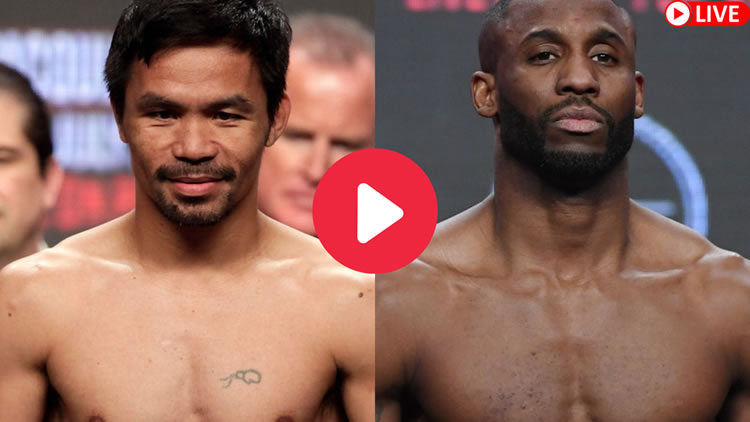 At 9 p.m., the main card for Pacquiao vs. Ugas will be presented. The main event will not begin before midnight ET. Fight cards are not usually adjusted for faster bouts later in the evening, so expect fighters to make their rounds around that time.

How to watch Pacquiao against Ugas

You can stream Pacquiao against Ugas live via the Fox Sports App or FoxSports.com.

What is the cost of Pacquiao vs. Ugas?

Fox Pay-Per-View charges $74.99 for the Pacquiao vs. Ugas battle.

Are Pacquiao and Ugas being held?

Pacquiao will fight at Paradise’s T-Mobile Arena for the first time in his professional career. He has won many of his biggest fights at MGM Grand Garden Arena including the victory over Thurman. This will be his 22nd fight in Las Vegas, Nevada.

Ugas will fight at the T-Mobile Arena, his second fight of his career, and in Las Vegas for the sixth.

The two fighters fought in January. Ugas won the WBA super welterweight title. Ugas had not fought since Pacquiao’s victory over Thurman in July 2019. Pacquiao tried to be reinstated in July as WBA champion, but was turned down by the organization.

Recent comments by Pacquiao on the WBA decision were made. He stated that his title was “given” rather than being awarded.

Pacquiao told reporters that this is not the way to become a champion. You earn it by winning inside the ring. We will fight to win the title. This is how a champion should be crowned.

Responding to Pacquiao’s stance, Ugas said in an interview with Fighthype that he “absolutely” won his belt during his championship fight against Ramos but that Saturday will be a “completely different fight.”

Ugas stated, “I had to show him respect until it rings, and then everything goes out of the window.”

Can Spurs recover from injury and go on to win?