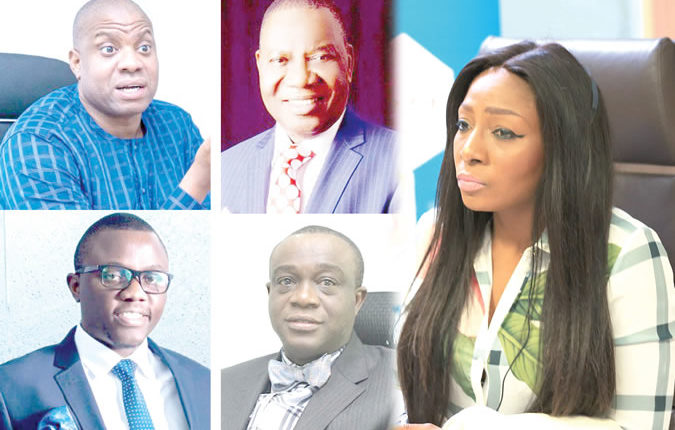 Conflict is a fact of life. Human interactions at every level usually result in conflict because of the difference in human beings. Since no two persons are exactly the same, people think and act in ways that may not meet the approval of others. How the disapproval is conveyed and received, if not properly handled, could degenerate into a conflict.

However, when properly handled and harnessed, conflicts can propel a company to greatness. As observed by Jerry Hirshberg, former President, Nissan Design International, it is discordance, not concordance, that leads to the best ideas.  But when it is mismanaged, conflict has the propensity to precipitate crises; it can alienate members of a group and hinder an organization from achieving its core objectives. When allowed to get to a head, conflict can lead to the balkanization or disintegration of an organization.

The bifurcation of CAC

The Christ Apostolic Church (C.A.C.) is one of the earliest Pentecostal churches in Nigeria. The church started as a movement when, in 1918, a group of men, comprising people like Joseph Sadare, David Odubanjo, E. Olukoya, D. Oduga and E. Onabanjo, who were members of the Christian Missionary Society (CMS), held regular prayer meetings for spiritual revival in the country during which they also shared the word of God. The prayer meeting gradually developed into the Aladura Movement, which was later called the Precious Stone, and later metamorphosed into the Faith Tabernacle.

In the 1930s, Apostle Ayo Babalola joined the group and with that came the transformation of the movement to C.A.C. A highly anointed man of God, Babalola had a passion for organizing revivals in various towns and communities across the country. The revivals, which were marked by unprecedented signs and wonders with the dead being raised, blind eyes being opened and the dumb speaking, resulted in the fame of the church spreading far and wide and a consequent increase in membership. The church became known for holiness, prayer and miraculous occurrences.

This continued till the 1980s. The church continued to grow but as it grew so did rivalry among the leaders. With rivalry came clash of interests as different camps strived for the control of the church. This was allowed to go unchecked until several groups within the church declared their independence and branched out to run their own shows. Till date, the dust of the crisis generated by that conflict has yet to settle in spite of several court cases and several moves by well-meaning church leaders to bring the different camps under one umbrella. This has negatively affected the church because it has whittled down its influence.

There are three types of conflict. These are task conflicts, relationship conflicts and value conflicts.

These are conflicts that arise from differences in personality or style of members of a group. When people share a common ground, they bond better, but the more pronounced their personality differences are, the higher the likelihood of conflicts arising as a result of these.

Conflicts also arise as a result of differences in persuasion. These are differences that have their roots in religion, politics, ethics, ethnicity and sexual orientation. Since most people tend to hold firmly to their beliefs in these aspects, the differences provide a fertile ground for conflicts.

A number of factors are responsible for causing conflicts. Some of them are discussed here.

In any team, there will be a number of interests. Sometimes, the interests in a group are as many and varied as the number of people in the group. Sometimes, members of the team form clusters with each group having different agenda. Since individuals and groups that make up a team have different interests, conflicts become inevitable. Harmony is assured in a team when everybody is working towards the same goal. But when different people are pushing for different things and pulling the organization in different directions, there would be a clash of interests which will unfailingly result in conflicts.

Where there is a dearth of information, there will be suspicion, where there is suspicion, there will be mistrust, where there is mistrust, there will be conflict and confrontation. Clear communication facilitates peace in organizations. When communication is unambiguous, organizations run unhindered. But when communication is unclear or haphazard, tension builds up, leading to conflict. Communication breaks down because oftentimes what is intended is contrary to what is transmitted or perceived. If a party says something which is not properly interpreted by the other person, there will be a gap between what is expected and what is delivered. This will eventually result in conflict. Hence, communication experts counsel that leaders should not just assume that what they intend to pass across is what is transmitted to the other party; they counsel that leaders should go a step further by checking with their team members to ensure that they are on the same page. This is done by going over the kernel of a communication exercise at least one more time after the initial exercise.

One of the major causes of conflict is resources. Struggle over resources usually heralds conflicts. Resources are often in short supply and this causes individuals or groups to struggle over available resources. The outcome of this is that one group’s gain is the other group’s loss. So, the struggle continues in a vicious cycle as the group that is outwitted at a time waits for an auspicious time to have it back on the group that had the upper hand at the first encounter.

Unmet expectations also result in conflicts. Expectations raise hopes. But when these are unmet, the result is dashed hopes. Dashed hopes raise tension and when tension rises conflict becomes imminent.

Conflicts in organizations come at a great cost. Great leaders devote their energies to nipping conflicts in the bud because they know that the longer a conflict lasts the more difficult it becomes to resolve it. Here are some of the costs of conflicts.

Where conflict thrives, productivity ebbs. There is no way employees can give their best to their duties when they are embroiled in conflict either with their colleagues or with the authority. Conflicts cause distraction and distracted people are not given to acquitting themselves excellently.

When conflicts are allowed to take root, uprooting them takes time. Quality time that could have been put to more constructive and rewarding activities is expended on addressing the issues and restoring confidence. According to a study, between 30 and 40 per cent of supervisors’ and managers’ daily activities are devoted to dealing with conflicts in the workplace. So, rather than spending their time on how to improve productivity and increase value to various stakeholders, leaders spend time to calm frayed nerves and ensure harmony in the workplace.

One of the casualties of conflict is trust. Trust is earned over a period of time but can be lost in a jiffy when there is a conflict. When a leader or an organization is trusted, the people will go the extra mile to achieve corporate objective. But when trust is lost, the people are zapped of the energy to run the extra mile.

One of a leader’s most challenging tasks is managing conflicts. The existence of a conflict suggests that the team is already divided into subgroups with each of the subgroups having a position which it strongly holds to. Persuading the subgroup to ditch that position for a new one requires wisdom, tact and determination.

Bring the matter to the table

The first step for the leader is to encourage a discussion of the matter causing disaffection among the people. Tension may rise while this is on but the leader must ensure that he manages the situation well to prevent further degeneration. The leader must avoid the temptation to underrate the issues raised by the aggrieved parties no matter how seemingly insignificant it may be. If it is important enough for them to raise it at the meeting, the leader cannot afford to make light of it.

At his inauguration on May 29, 2015 in Abuja, President Muhammadu Buhari, gave his famous line, “I belong to everyone, I don’t belong to anyone.” That should be the attitude of a great leader. While a leader may not be able to stop members of his team from joining one group or the other, he should not covertly or overtly support any of the groups. He should come across to everyone as being the leader of all, not the leader of a group. This will build trust and it is only when the leader is trusted by all concerned that he can effectively address the cause of the conflict.

Address the issues raised by all parties

The leader then has to address the issues raised by the groups in accordance with the code that guides the operation of the organization. He points out what should be done as stated in the code in a reconciliatory manner. The leader must avoid apportioning blame but must not refrain from underscoring the actions that are right and those that are wrong (not who is right or wrong).

Bring all parties to the centre

This is probably the most difficult part of the process but a leader who is seen as being fair to all will get it done. The leader must ensure that all members drop their personal, departmental or clannish interests to embrace the corporate interest. This will not just happen, the leader must show leadership by being as straight as a nail, dispassionate as humanly possible and unbiased as much as he can be to rally his people round the common interest. The common interest must encompass all the personal and departmental interests to make it attractive to all.

For a long time, crises have dogged the nation’s university system and the health sector because of the style adopted by the leadership of the country in tackling issues affecting groups with conflicting interests in each of the systems. When university lecturers go on strike, the government will hold meetings with the Academic Staff Union of Universities (ASUU) and reach an agreement with the body without taking into consideration the Non-Academic Staff Union of Universities (NASU). Irked by the concession given ASUU by the government, NASU will also embark on strike, asking the government to meet certain demands. The same things go on in the health sector between the Nigeria Medical Association (NMA) and the Joint Health Sector Union (JOHESU). Since these are groups with conflicting interests operating within the same system, the government needs to move away from piecemeal agreements with each of the groups into having a mutual agreement with all the parties. This will enable the parties to sort out all the thorny issues at once. The government should endeavour to move the groups away from fighting for the interest of a group to fighting for the interest of the system. That is how sustainable institutions are built.

Conflict can orchestrate the rise or fall of an organisation depending on how it is handled.