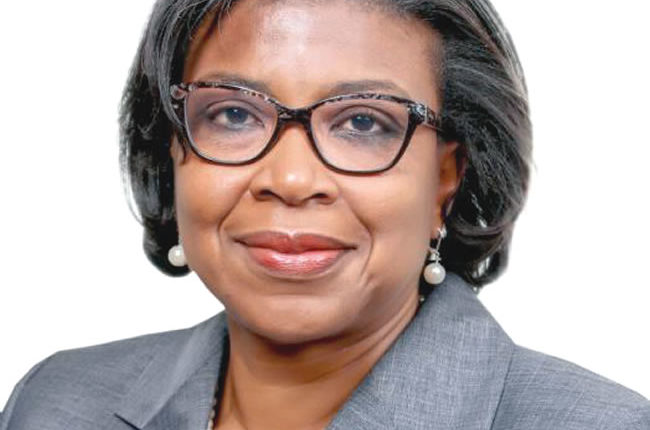 In the bid to achieve this, Ms Oniha who spoke in Abuja, during the 2022 budget performance and 2023 budget defence before the House of Representatives Committee on Aids, Loans and Debt Management, unveiled the country’s plans to source for export credit, development finance institutions (DFIs) to raise money which are project tied for the government.

According to her, in the 2022 Appropriation Act, there was new borrowing of N6.1 trillion comprising N3.564 trillion for Domestic borrowing and N2.569 trillion for External borrowing.

She explained that Federal Government was able to raise N2.2 trillion from the domestic market as of October 2022 (about 91 per cent) to support the government, thereby bridging the gap in revenue which under-performed significantly between January and August.

“On the outstanding ones, we are working on the Sukuk and the offer will open in the next two weeks and we will issue FGN bonds as well. We are hoping to raise the balance before the end of the year,” Ms Oniha assured.

While giving updates on challenges being faced to access new external borrowing, Ms Oniha lamented that: “Where there is an issue is the new external borrowing. What was provided for in the 2022 budget is N2.57 trillion. The reality is that it was before, by now, we would have
issued Euro bonds to raise money.

“But from the fourth quarter of last year, the International Capital Market has not been opened to countries like Nigeria. in 2021, there was N6 billion to be raised, but we raised N4 billion out of that. This year, we raised N1.25 billion. That was the only day the International capital market was opened.

“Since January this year, countries with our rating, the international market are not looking for us because the invasion of Ukraine by Russia turned around things in the world significantly.

“So, what they have decided to do is to put their money in the G7 nations. Interest rates there have gone up significantly and monetary policy has raised interest rates across the world and foreign investors are happy to invest in those nations.

“Right now, they don’t know what will happen with us and we have not issued any Euro bond this year because the market has not opened.

“So, right now we are looking at export credit, development finance institutions to raise money which is project tied for the government.

“The International Capital Market is not close only to Nigeria. Foreign investors are huge, but they have a limit to the amount of risk they can take. You have Fitch and other rating countries. The very strong countries are the ones that are in triple-A and the USA used to be part of the triple-A and I think they have been brought down to double.

“It is not only Nigeria but the whole of Africa. For this year, it is only Nigeria and Egypt were issued a Euro bond. It is the same with some of the South American Countries because we have the same rating.

“The ratings give the investors the perception of how risky you are. Investors are now putting their monies in securities issued by the US government, Japan, France and others because they know that those countries will pay. We were even lucky to rise money in March,” she noted.

While giving details of the status of the nation’s loans both local and foreign for the 2022 fiscal year, Ms Oniha disclosed that the Actual Debt Service as of September 30, 2022, stood at N4.046 trillion, comprising of N1.867 trillion and N866.67 billion for Domestic and External Debt, respectively, and N286.67 billion and N1.025 trillion for Sinking Fund and interest on Ways and Means (Means (January – August). When compared to the amount of N2.562 trillion and N1.123 trillion specified in the 2022 (Repeal and Enactment) Appropriation Act for Domestic and External Debt Service, respectively, it shows a performance of 72.88% and 77.16%, respectively. There was no provision for Debt Service on Ways and Means Advances in the 2022 Appropriation Act by the DMO; as the Account is managed by the OAGF. There is, however, a provision in the 2023 Appropriation Bill.

In the bid to ensure an effective debt-serving repayment strategy, she observed that provisions were made in the 2022 Appropriation Act for new borrowing of N3.534 trillion and N2.570 trillion totalling N6.104trillion.

Speaking further on the new borrowing, Ms Oniha disclosed that the sum of N3.200 trillion had been raised as New Domestic Borrowing as of October 21, 2022. “This represents 90.55% of the Total new Domestic borrowing for 2022 of N3.534 trillion. The outstanding sum of N334,050,919,825 (inclusive of a proposed Sovereign Sukuk) will be raised between November and December 2022.”

On the new external borrowing, she disclosed that the “approved New External Borrowing of N2,569,930,894,266 in the 2022 Appropriation Act is equivalent to $6.26 billion at the Budget Exchange Rate of USD1/N410.15. Nigeria has not been able to access the International Capital Market (ICM) for the 2022 External Borrowing due to unfavourable market conditions occasioned by the uncertainties triggered by the Ukraine-Russia War.

“Foreign investors have fled to safety by investing in the securities of high-rated countries (USA, Germany, etc.) which now also offer much higher yields than previously. Other sources of funds such as development finance institutions (DFIs) and Export Credit Agency (ECA)
project-tied loans are also being considered.”