How I featured D’banj in ‘Dangote’ ― Dimplez 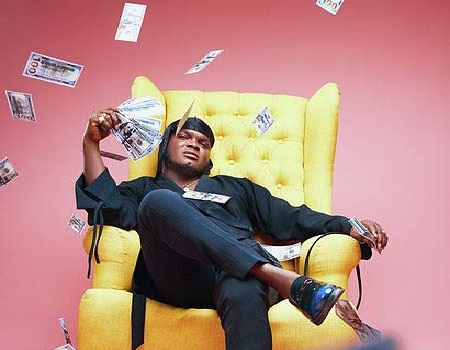 Afro-fusion sensation and star-on-the-rise, Asiri Steve known widely as Dimplez has spilled the beans on how the collaboration between him and Banga Lee, D’banj came about in the song ‘Dangote’, which video was released recently.

The Sapele-born, Warri-bred and Lagos-based singer said the Koko Master had some reservation about the title of the song ‘Dangote’ but nonetheless jumped on it because of the appeal of the song.

“ I recorded my ‘Dangote’ in 2018 and D’banj didn’t get to hear of it until about 6 months later and when he did he liked it and wanted to be part of it.

He was at first uncomfortable with the title because singers like Burna Boy had done something similar. But my own Dangote was done in 2018 and it wasn’t influenced by anyone.

We didn’t release the song earlier because things were kind of slow then,” he said but added that it was really a stimulating experience to work with the music legend.

“D’banj is actually an idol I have revered over the years. Over the years I have watched him, so he was more like an idol.

When I heard he liked my song and he wanted to be a part of the project, I was thrilled. So, D’banj is more like my mentor. He is a legend.

D’banj is a vibe, he just lights up the whole place, he is a brand, too much energy, a great entertainer. It was fun working with him,” he said.

On how the song was produced, Dimplez said nothing really inspired the song but the beat which was produced by Boombeatz, the same guy that produced ‘Shy’ for D’banj

“The inspiration actually came from the beat. My producer actually created the beat and when I heard the beat it was mad.

Boombeatz and I sat down together and generated the words and boom it was made. We knew the song was definitely going to be a hit.

We were looking for the right Lamba and what would fit into what. The beat was produced by Boombeatz, the same guy that produced ‘Shy’ for D’banj,” he quipped.

Catholic Bishop charges Nigerians on kindness, assistance to the needy

One killed, others injured in Ekiti LG poll