Holding Buhari’s feet to the fire 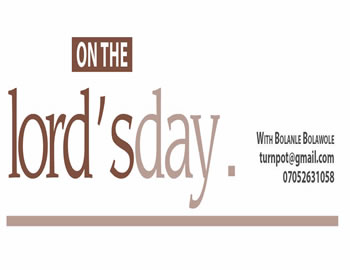 IT is not easy to say – or maybe it is too early to say – whether President Muhammadu Buhari will live up to his own very words. The whole world waits to see whether or not he will be able to apply unto himself the same standards and yardsticks he applied to the late President Umaru Yar’Adua. I suspect that Buhari’s own Federal Executive Council may not have the spine and liver to do exactly what Buhari had demanded of the FEC of the late Yar’Adua. Whereas the Yar’Adua FEC had an Amazon in the person of the late Mrs Dora Akunyili who moved that the FEC invoke the constitutional provision of convoking a Medical Board to examine the then ailing Yar’Adua; determine his true state of health; inform whether he should be declared incapacitated or not, I am not sure we can have such braggadocio in the Buhari FEC.

We have seen All Progressives Congress (APC) chieftains resort to sheer sophistry or outright summersault when their feet have been held to the same fire they stoked for their political foes. Tony Momoh had, while disparaging the then ruling Peoples Democratic Party (PDP) for ineffective governance, boasted that if, within two years the APC did not turn Nigeria into paradise on earth, the people should stone them. As we approach two years of APC governance, he has engaged in abracadabra on why the people should spare APC leaders the rod. Lai Muhammed, the head of the APC propaganda machine, who insisted on a day-to-day briefing on the health status of Yar’Adua, recanted when he was told to do a similar day-by-day briefing on the health status of Buhari.  Buhari was not sick, he said, and there was, therefore, no need for any day-to-day briefing on his health status. The same Buhari that they said was hale and hearty, chatty and humorous, returned from medical vacation in London to tell the whole world he had never been that sick in his entire life! If you expected an apology or contrition from all those, then, you set too much store on the value and integrity of some folks.

Buhari, however, cannot operate on same level as such folks. In some important ways, he has demonstrated that he is not just a shade better but many steps ahead. For one, he did not leave a lacuna that Yar’Adua left in his own time. For another, he did not cue into the brazen and audacious lies that he was not sick or ill. Now, however, he must up the ante and this is the right time to insist that Buhari drinks the same hemlock he proposed for Yar’Adua on Tuesday, 9th March, 2010, while commenting on the late president’s health saga and the anarchy it was almost visiting on the country, which we are again witnessing with the controversies and acrimonious debates trailing Buhari health issue.

Said Buhari: “Political expediency won’t remedy this kind of problem because if the Executive Council of the Federation had acted in accordance with the Constitution by invoking the necessary sections to declare the President incapacitated; we would not have found ourselves in this present situation: As you can see, adopting extra-constitutional measures have not addressed the problem. If it had, we would not have been subjected to the raging debates and controversies going on. So, we must go back to the constitution. The Executive Council of the Federation must do the right thing because once we start moving away from the Constitution, then, we are inviting anarchy”

Buhari did not want us to invite anarchy in 2017 over Yar’Adua’s health issues; the same Buhari cannot expect us to invite anarchy today over his own health issues. What is sauce for the goose should also be sauce for the gander. Buhari should not prove Senator Shehu Sani right that when it has to do with others, APC/Buhari use insecticides but when it has to do with Buhari/APC, the government-in-power uses deodorants. The hemlock that Buhari proposed for Yar’Adua/PDP in 2010 awaits the same Buhari/APC today and they must be man enough to drink it. Shying away from it will not be honourable. Call this the Law of Karma or what the scriptures call whatever a man soweth… It is the fulfilment of the saying that what goes around comes around. When you are digging a pit for an enemy; be careful not to make it very deep in case you end up in the pit yourself. Of course, they didn’t know there would be a day like this. Had Buhari the air of clairvoyance, he would not have prepared that hemlock for Yar’Adua/PDP.

The situation then and now are similar in all material particular. This president is sick and the sickness has affected the way he performs his official duties. Information about his true state of health is not readily available, thereby spinning a huge industry of rumours, from the sublime to the superfluous. A cabal or cabals are said to have filled the vacuum created. Nigerians are agitated and worried. They need information on the president’s true state of health. They want him to go for proper medical care. Like Buhari advocated in 2010, they want the existing vacuum filled in the constitutional way. They frown at a cabal or cabals exercising power through the back door. Fortunately, these were issues Buhari himself had addressed in his opinion on Yar’Adua: The Constitution must be scrupulously followed. How? One: If the president is not in a position to function as it appears to be the case now, he should cede power temporarily to the vice-president while he goes on medical vacation. It is to the credit of Buhari that he has done this on a couple of occasions before and the ship of state had sailed without hassles. Why there is problem now is that the president and or those around him are living in denial of his indisposition and want to cling on to power at all costs.

That being the case, the next thing to do is to kick-start the propositions of Buhari himself: Follow the constitution to the letter. Since there are debates about the true state of the health of the president, a Medical Board, as stipulated by the constitution, should examine the president and make its findings known to the appropriate authorities; that is the Federal Executive Council and the National Assembly. Based on the Medical Board’s findings, the president can be advised to go on another medical vacation while ceding power to the vice-president or if it is determined that it is in his best interest as well as that of the nation that he “steps aside”; then, he can be advised to honourably resign or (God forbid!) be declared incapacitated. The latter option will be hard to fathom. Getting a single person in the present Federal Executive Council (like we had the late Mrs Akunyili during the Yar’Adua health saga) will be difficult, not to think of getting two-thirds majority of the FEC voting and declaring the president incapacitated. Ultimately, the easiest decision lies with Buhari, especially if he acts fast and does not wait until the doors and windows between him and the nation are firmly shut by the cabal or cabals that everyone talks about but who no one has openly identified.

…No condition is permanent

It was the late Dr Nnamdi Azikiwe who told the then Administrator of the defunct East Central state, Ukpabi Asika, the story of his (Ukpabi’s) humble beginnings when the latter crossed the line of decency, decorum, and respect for elders by derogatorily referring to the Great Zik as “ex-this, and ex-that”. Zik, after telling Ukpabi how his father used to be one of those no-nobodies who would stretch their necks at public gatherings to listen to the Great Zik speak at public gatherings, then rounded it up by declaring that “No condition is permanent; you can be an administrator today only to become an ex-administrator tomorrow” It does not matter how hard anyone tries; if you do not leave that position, the position will leave you some day. Whatever shenanigans you engage in just to keep that position, you will not remain in the position for ever. What is more, those at the receiving end today; will be boss tomorrow and the gallivanting bosses today are surely going to become the underlings of tomorrow.

I saw these on social media; enjoy it: In 1985, Col. Sambo Dasuki arrested Muhammadu Buhari in the coup that toppled Buhari/Idiagbon and brought Ibrahim Babangida to power. In 2016 and up till now, the same Buhari has had the same Dasuki in detention, spurning court orders. In 1995, Hamza al-Mustapha, the all-powerful Chief Security Officer to maximum dictator Gen. Sani Abacha, slammed ex-military Head of State Gen. Olusegun Obasanjo into detention. In 1999, Obasanjo got al-Mustapha in prison for the eight years he was civilian president. In 2010, Prof. Yemi Osinbajo was Attorney-General and Commissioner for Justice under Gov. Babatunde Raji Fashola in Lagos. In 2017, Fashola was putting his hands behind his back in front of acting President Osinbajo. In 2016, Diego Simone, a player, was under Fernando Torres, as captain. Today, Torres, a player, is under Simeone, the coach. In 1990s under JJ Rawlings, Spio Gabriel was Minister of Communications and John Mahama was his deputy. Today, Mahama as president of Ghana has hired Gabriel as Minister. In the 1960s, Malaysia took seedlings from Nigeria, a leading palm-oil producer; today, Nigeria imports palm-oil from Malaysia. Where is the almighty Nokia 3310 in the world of cell phones today? William Shakespeare is right, after all: This world is a stage: no cabal or cabals can monopolise it for eternity.

As the Ondo governorship election hots up (9)

As Ondo governorship election hots up (8)

As the Ondo governorship election hots up…7

As the Ondo governorship election hots up…6