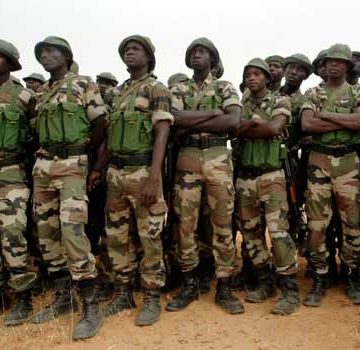 National Committee of Yoruba Youth (NCYY) and the Coalition of Civil Society Groups against Terrorism in Nigeria on Sunday commended the decision of the Federal Government to deploy more troop (Operation Python Dance) to some parts of the country, particularly the South-East, where there has been a threatening dimension to the agitations, by some fragmented groups who are demanding for self-succession.

The groups gave the commendation in Lagos in a statement issued and signed by Comrade Oladimeji Odeyemi and Barrister Atani John, saying that the deployment would restore normalcy and ensure protection of lives and properties in the affected areas.

While decrying the escalating trend of violent activities and civil disobedience by some persons hiding under the umbrella of civil liberty to hold peace loving people of the region, and other parts of Nigeria hostage, the groups also said the launch of the “Exercise Egwu Eke II, (Python Dance II),” would squarely address the growing cases of kidnapping, killings and political violence rearing its head in the South East.

The groups, however, urged Nigerians, particularly the peace loving persons of the South East, to support the effort of the Federal Government, aimed at ensuring that peace, security of lives and properties of Nigerians were well assured.

According to them, the support of the people for the actions being taken to salvage the security situation in the south East will no doubt, effectively contain the cases of kidnapping, robbery and unwarranted murder of the innocents in places of worship.

“The support of the people for the actions being taken to salvage the security situation in the southeast will no doubt, effectively contain the cases of kidnapping, robbery and even the sacrilegious murder of the innocents in places of worship,” the group said.

The groups promised to work with the media and relevant civil society organisations to ensure that there was compliance with the laws and conventions regarding human rights, as promised by the Army, on the safety and well-being of innocent and law abiding citizens, during the entire period of the operations.