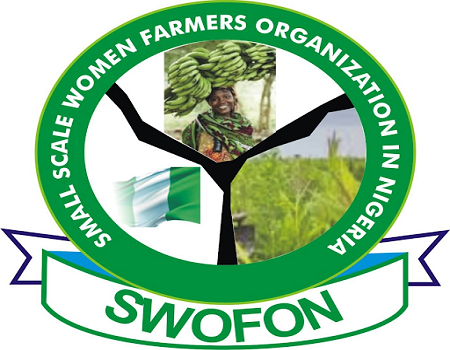 Gombe state chapter of the Small Scale Women Farmers Organisation in Nigeria (SWOFON) has decried the non-release of fund allocated for SWOFON in the 2020 state budget.

The lamentation was made on Monday by the leadership of SWOFON while Addressing a press conference in Gombe through its chairperson, Mrs Airudia Mamman who said that in 2020 state budget, the sum of N35million was allocated to SWOFON but they have not had access any amount from the fund.

During the press conference held in conjunction with a Gombe bases Non-Governmental Organisation, Hope Foundation for the Lonely (HTFL), Airudia Mamman said that the raining season has stabilized and farmers need all the necessary inputs and implement for a successful cropping season.

The chairperson further lamented that, even before the emergence of the COVID-19 pandemic, SWOFON members were faced with low and difficulty in accessing credit facilities from the banks, essential inputs, improved seeds, seedlings as well as organic and non-organic fertilizers.

She further said that the spread of COVID-19 further compounded the situation as they now fear the possibility of no access at all, commending the State Governor, Muhammadu Inuwa Yahaya for boosting Agricultural activities in the state through the timely Flag off of the distribution of fertilizer in the state.

The SWOFON Chairperson said that “We are commending Governor Yahaya’s effort for boosting Agricultural activities in Gombe. We are also appealing for timely disbursement of the N35 million allocated for SWOFON in the 2020 state budget”.

“The amount allocated for SWOFON if released will go along way in boosting food production in the state particularly among women who produced over 60 per cent of the food consumed in the state,” she said.

According to him, over 70 to 80 per cent of the state population is involved in Agriculture both small and large scale particularly the small scale farmers including the women farmers who are very much involved in food production in the state.

He, however, appreciated the government for its good policy frameworks that all will use towards the improvement of Agriculture and other components for sustenance.

No fee is charged for NIS recruitment ― CG