Arts and Reviews
By Folorunsho Moshood On Oct 5, 2022 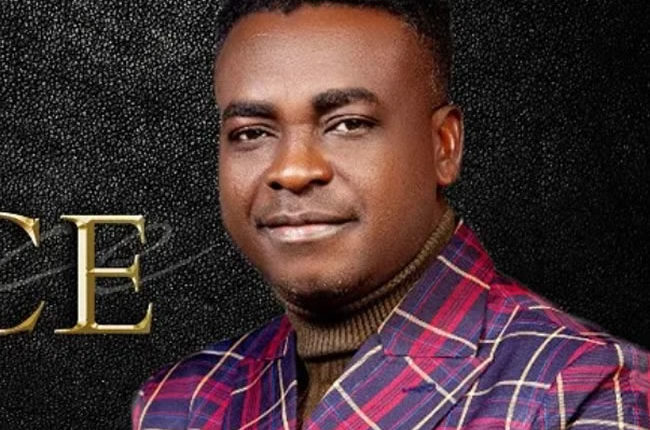 GRACE has several meanings, but theologically, it could be described as the free, undeserved or unmerited favour from the Almighty God. One gets the grace of God not essentially because he or she has done something extraordinary for Him – God, in His infinite mercy and love,bestows His grace on whoever He pleases. His grace always occurs serendipitously and is always amazing!

On this 2021 music video entitled ‘Grace’, produced by Sunny Pee and directed by Mj, Chuks Ukor says, ‘Grace is the advantage given to you in Christ, which is not based on merit or qualification. It’s a gift to empower you to accomplish the extraordinary and become what God has destined you to be’. Chuks Ukor is an energetic gospel singer, who has three musical albums to his credit – My Testimony, Praise Uninhibited and Sound of Praise.

The single song contained therein in this video is a sequel to his last single entitled ‘Halleluyah’, which was released in 2020. Like many other known gospel singers, Chuks is fond of winning souls for Christ through rural evangelism.

The lyric and performance music video of ‘Grace’ is divided into three interrelated sequences. The first sequence of the video, which is the longest, opens softly and develops in strength to an interesting vamp from the lead keyboardist. The second keyboardist and two guitarists concurrently follow the tune of the vamp with their instruments.

The vamp is accompanied by a sweet melody from a drum-set player at the background.  Chuks Ukor as the lead vocalist, having gesticulated to control the pace of the tune, breaks into a vocal line intro that goes thus, ‘It’s all about your Grace/Thank you Jesus/Come on everybody, let’s do this together/This is my testimony’. After the intro, the five other vocalists, two females and three males, breaks into two choruses.

The first chorus goes thus: See what you have done/How you set me free/How you rescued me. The lead vocalist quickly interjects with ‘My life is blessed’, before the second chorus rents the air: My life is blessed/No more pains/I have been redeemed. From there, other choruses go thus: You have embraced me with your Grace/Now Iam on the path to victory (twice). And later to the main chorus of the song: Yawweh Yaweh/You love me so much oo/Yaweh Yaweh/Your Grace abound for me.

The second sequence of the video reveals the gospel singer in his true element with a solo: You are too mindful of me/ Yaweh/You took good care of me/Even in my darkest moment/You never, never disappoint me/ Jesus,all I see is your Grace/. After the solo, the support vocalists appear from the wings with the main chorus: Yaweh Yaweh/You love me too much oo/Yaweh Yaweh/Your Grace abound for me.

The third sequence of the video is in pop style with all the vocalists singing another verse of the song which is repeated twice with some dancing steps: I will win the battle/I will climb the mountain/I will get to the top/Because your Grace abound for me. And from there, they break into the main chorus: Yaweh Yaweh/You love me too much oo/Yaweh Yaweh/Your Grace abound for me. This chorus is repeated till it fades into the visual of the first sequence.

The high point of this video is that it is very clear with a great sound quality. The lyrics written on the screenflow directly with the renditions by the vocalists. All the musical instruments work harmoniously to produced sweet melodies as an accompaniment to the song. However, the low point of the video, which is no way diminishes the excellent performance of the entire band, is that the dancing steps of the vocalistsare not well choreographed.

At a time when Nigerian music industry has been taken over by obscene tracks, songs and albums as well as their visuals, Ukor offers his music, in praise and worship, which is morally and theologically different.

Ukor’s music is a blend of country, pop and Afro-highlife music found in a special genre of music, which is gospel. Grace is an evangelistic song that shows the significance of praising God and thanking Him for His grace in our lives. It draws the attention of the gospel music lover to understand and appreciate God’s grace while expecting more favours from Him.

In all, the listener does not need to listen to the song many times before falling in love with it and makes it his or her personal anthem. It is a song to be listened to again and again for entertainment and spiritual upliftment.

The lyrics of the song are in a simple language with the lines flowing easily into one another.