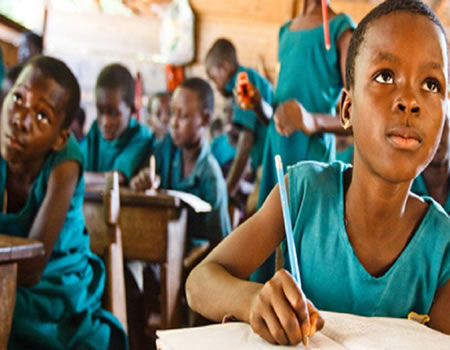 Some female Information and Communications Technology (ICT) experts said that girls in Science Technology Engineering and Mathematics (STEM) were more enterprising due to their nature.

The female ICT experts made the assertion in separate interviews with the News Agency of Nigeria (NAN) on the sidelines of the e-Business Life Communications Girls-ICT-Day held in Lagos.

Mrs Justina Abdulateef, Lagos State Public Sector Enterprise, Globacom, said that when girls put their minds on ICT, they excelled in it because of their peculiar nature.

Abdulateef said that girls had good qualities of becoming very good ICT experts “and if they give STEM the required attention, they would excel in their field’’.

According to her, a country or an economy that encourages girls in acquiring the knowledge of ICT would have improved standard of living.

She said that the nature of girls to be attentive and caring in whatever they do would push them to thrive in the ICT space.

Abdulateef called on the government to give opportunities to girls.

She decried the stereotypes linked to girls, saying that gone were the days when girls would be asked to do house chores, while boys were given technological toys and others.

She urged girls not to allow anybody to limit them in what they want to do, saying that they need to be part of the great picture of inventions that are going on.

“We need to break new grounds and so the need not ignore the Girlforce and this will be achieved where there is more support in the capacity building of the girl.

“Take charge of your future, plan your life, it is in your hands, develop your skills and do not let anyone deter you from your goal,’’ Abdulateef said.

Atanda said that girls might not be interested in STEM but they also need to embrace things like coding, because it is the future language of the next revolution no matter the profession.

According to her, no matter your discipline whether in Arts, Social Sciences, coding is the language of the future.

“For the girls, they need to embrace coding because the next revolution is digital and what is underneath the digital revolution is coding, computer sciences and all of that.

“It is no longer a man`s world, it is everybody’s world. So the girl-child needs to find her feet in the world of STEM.

“It is because whatever they set their mind to do, they excel in it and most times never-give-up nature.

“ The girl-child should change the mindset of being second fiddle in order not to be relegated.

“ They need to pursue their goals and aim high. The sky is no longer the limit for them but the universe,’’ Atanda said.