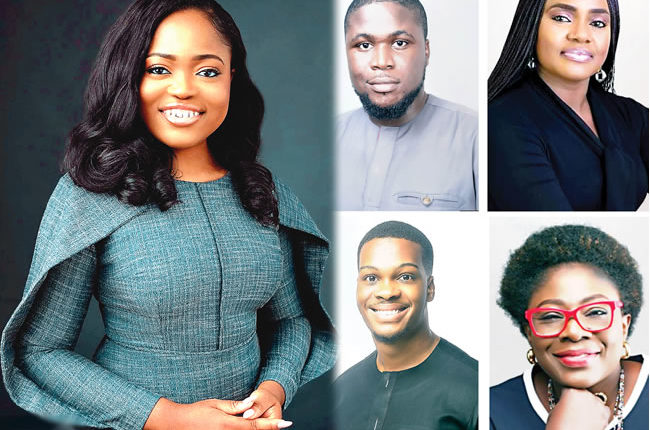 The danger of starting the New Year cautiously is that it gives others undue advantage over you. While you are still watching and waiting, others have covered new grounds and by the time you are ready for the year, they are miles ahead and you may just have to do catch up for the rest of the year. According to Richard Whately, if you lose an hour in the morning, you will spend the rest of the day looking for it. By extension, if you lose a day, a week or a month at the start of the year, you will spend the rest of the year looking for it. The secret is not to lose any moment or any opportunity. The truth is that any opportunity you pass up is picked up by somebody else. Every ground you lose is seized by others. So, don’t start the year working against yourself and your interest. Start the year the way you want to end it.

To end the year very well, here are some points to note.

Scale up your goals

An incontestable proof of growth and progress is a positive change in goals. An individual or organization whose goal does not change has not experienced growth and may not be expecting any. Therefore, irrespective of the challenges or accomplishments of the past, a new year calls for an upward review of goals. Doing an old thing will produce an old result. Doing the same thing will produce the same result. So, as a way of starting the year on a strong note, there is the need to scale up the goals, stretch yourself and reach for more. It is almost impossible to achieve more without planning for more. The New Year provides an opportunity to plan to exceed your previous best. If you stay on the same spot you were last year, at best you will only be able to repeat the experience of the past year. To scale new height, you have to raise the bar, aim higher and do more than you did last year.

The level of motivation taken to a task determines how well it is performed. It is not right to start the year feeling low, defeated or dejected. That will affect everything that is done most part of the year. The best way to start a new year is to start with a high level of energy, great optimism and wonderful expectations.

But it is not enough for the leader to be energetic, the same spirit must be transmitted to other members of the team so as to get the most out of them. While it is best for the individual to be self-motivated, oftentimes this does not happen. Therefore the onus is on the leader to ensure that he motivates each of his team members. The reason is that synergy in a team is a consequence of the multiplication of energy of the team members. Hence, the output of great teams is always higher than the input of individual team members. However, since a team operates like a chain, any leakage or weakness in any of the team members has the capacity to negatively affect the output of all the team members. So, the leader has a responsibility to ensure that the energy level of each team member is high. This is achieved by giving them something great to look forward to. The goals and the vision of the organization must be communicated to every team member in a way that will show that his role is critical in the actualisation of the vision. What employees and team members cherish is recognition; they want to be assured that they are important to the actualisation of the task. It is this assurance that fuels them up and raises their energy level an octave. With that, no height is un-scalable. But this is not a task that is done once and for all, the leader has to do this consistently so as to ensure that the energy level is high consistently.

One of the major reasons many individuals and organizations have a less than satisfactory ending is that they have a shaky start; they don’t give their best to their start, they seem to reserve their best till the last moment. That is often disastrous. There is no pointing giving less than the best at any point in time.  As a matter of fact, mediocrity is nothing other than doing less than what you are capable of doing. Many people never reach their peak because they are in the habit of doing less than they are capable of doing most of the time. The best strategy is to start strong, stay strong and end strong. A relay team that starts wobbly and hopes that the athlete on the last leg will make up for the poor start has exposed itself to possible disappointment. It is not enough to have a great goal; the secret of accomplishing goals is in the efforts that go into it and the speed that accompanies it.

In life and leadership, speed pays an important role. Nobody would probably understand this better than Elisha Gray. Elisha Gray was a scientist and researcher who was a contemporary of Graham Bell. Like Bell, he was also working on the invention of the telephone. The two of them completed their invention about the same time. On February 14, 1876, Gray’s lawyer approached the Patent Office in the United States of America, to register his invention only to be told that just one hour earlier, the same invention had been registered by Graham Bell. As a result of the one hour edge that Graham Bell had on Elisha Gray, the former is credited as the inventor of the telephone. Now, imagine that Gray had arrived the Patent Office 70 minutes earlier than he did, history would have been kinder to him because he would have beaten Bell to that office by 10 minutes. So, speed is of essence. Start the year with full speed. Don’t wait till the end of the first quarter or the second quarter before you start gathering momentum. Delaying till that time may mean playing a second fiddle or no fiddle at all.

Put the past behind

No one can drive a car safely by consistently focusing on the rearview mirror. The undoing of many organisations is their past experiences. Those who had terrible experience want to be careful so as not to repeat the mistake of the past. Contrariwise, those that had a pleasant experience do not want to jeopardize that by trying anything new. But the truth embedded in Marshall Goldsmith’s book, What Brought You Here Won’t Get You There is indisputable. To go further than your current level, you have to leave the past behind. The past is already history, the future is more important than the past. It is tragic to let the failure of the past cripple your journey into the future. Similarly, it is a disaster to let the success of the past to inhibit your flight to greater heights. To go higher, get better and produce greater results will require moving behind your past experiences. The best that could be derived from the past is the experience which would arm you for the current and future challenges. To be a slave to past experience is to mortgage a great future.

The rate at which things change in this age is mind boggling. Technology becomes obsolete at an alarming rate. New products come on stream at neck-breaking speed. So, finishing the year on a strong note will require being conversant with developments in your area of operation. Making moves without current information may be a recipe for failure. Investing in a new line of business without getting the most current information may turn out to be a disaster. Putting money in a business that a government policy will render unprofitable may destroy a lifetime investment. Those who stay on top of their game in this fast-changing world are those who stay informed. One solid way of staying informed is keeping the right network. With the right network, getting updated information becomes easy. With that it is easy to avoid career-ruining mistakes.

The possibility of a great year is anchored on a good start.