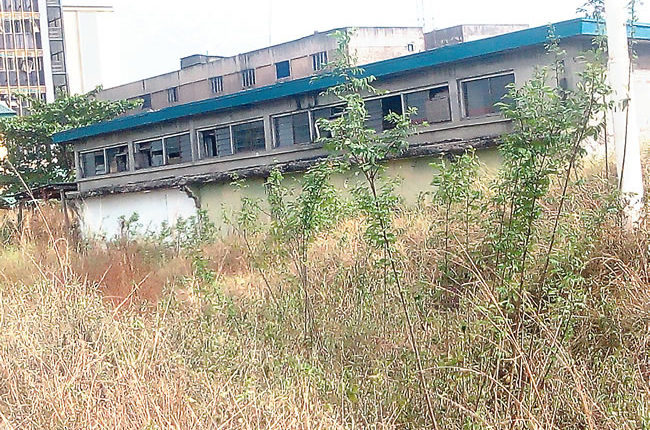 Almost 30 years after the capital of Nigeria was relocated from Lagos to Abuja, many of the Federal Government’s properties and offices in the former capital have remained abandoned, unkempt and dilapidated following the lackadaisical attitude of the authority to salvage the building. Dayo Ayeyemi reports:

Looking messy, unoccupied and dilapidated due to long period of abandonment is the property housing the moribund Federal Government’s Onikan Artisans Training School in Lagos State.

The building, which is supposed to serve as centre of training to fill the gap of skilled workers in the country, is presently lying in waste in Lagos Island.

The state of dilapidation of the training school has again, brought to the fore a number of Federal Government’s abandoned buildings wasting away in Lagos metropolis.

Since the Federal Capital was relocated to Abuja in 1991, many of the old office complexes housing government’s activities have remained unoccupied and abandoned.

Until  July 2020  when the central government handed over the National Theatre in Iganmu to the Central Bank of Nigeria and the Bankers Committee for restoration and development of the 134 hectares of fallow land within the premises, many of the national assets comprising the Federal Secretariat Complex, Ikoyi; Defense Building, Old National Assembly Complex,  NITEL offices, Federal Ministry of Works and Housing (Glass House), all around Tafawa Balewa Square (TBS) in Onikan, Lagos are among properties being underutilised.

These buildings, which would have been a good source of revenue to government if renovated and put into either residential or commercial usage, have become eyesores in Lagos metropolis.

According to experts, these buildings, which could have been converted to accommodation for the people were wasting away when the nation is suffering from an estimated 20 million housing deficit.

In Lagos alone, they said that conversion of these buildings would have helped to reduce the over three million accommodation gap in the state.

Fielding questions from journalists last weekend on the failure to take pragmatic steps to restore some of these buildings, Permanent Secretary in the Ministry of Works and Housing, Alhaji Babangida Hussaini, who was on a two-day working tour of some of the Federal Government’s road and housing projects in Lagos, restated commitment of the central authority at maintaining critical road and housing infrastructure in the country.

He disclosed government’s plan to resuscitate the moribund Onikan artisans’ training school to take care of the dearth in skilled workers in the country.

Hussaini, who was accompanied by the Controller of Works, Lagos, Kayode  Poopola, noted the dilapidated state of the ministry’ s properties in Lagos State and promised to ensure their  continuous maintenance pending final actions on them.

He further said the Presidential Committee on Government Properties would soon take a decision on the dilapidated Federal Secretary, Ikoyi

The property has been a subject of litigation between the Lagos State government and the preferred bidder.

It was also gathered, lately that the central government had commenced the rehabilitation of the National Stadium in Surulere, Lagos. 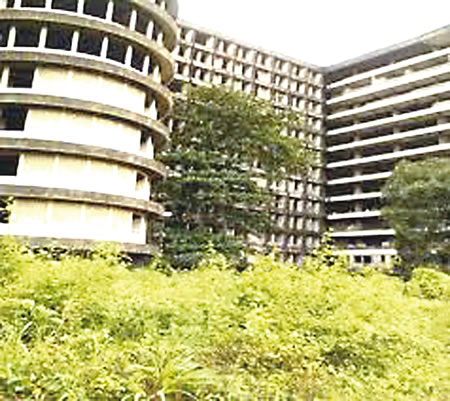 Counting Federal Government’s losses on the abandoned structures, Head of Department of Building, University of Lagos, Akoka, Professor Olumide Adenuga, recently in his inaugural lecture, pointed out that Nigeria had lost revenue estimated at over N124.6 billion to long abandonment of National Stadium and Federal Secretariat Complex, Ikoyi, Lagos in the last 24 years.

Adenuga explained that the cumulative economic loss of the neglected Federal Secretariat complex to the economy was estimated at N72 billion between 1995 and 2018.

According to him, the amount was arrived at during his course of research work on abandoned assets of the Federal Government of Nigeria.

The professor noted that some of the buildings had continued to lie in waste at various locations across the country even when they could be converted to profitable economic assets that could generate incomes for the nation.

“Operations and maintenance activities have been completely withdrawn from these buildings and they have been subjected to accelerated deterioration through misuse and vandalism by miscreants.”

Lecturer in the Department of Estate Management, University of Lagos, Professor Olugbenga Nubi, expressed concern, saying that the Federal Government was looking for Direct Foreign Investment (DFI), World Bank and International Finance Corporation (IFC) loans to build new ones when these abandoned buildings could give the nation’s thousands of units.

Director Housing Development Advocacy of Nigeria, Mr Festus Adebayo, maintained that the inability to covert these dead assets stemmed from the government’s insincerity and lack of foreclosure systems coupled with disregard for the rule of law and judicial system.

Adenuga appealed to government to take quick steps at reactivating these buildings as well as other buildings that had been abandoned at different locations in the country.

He noted that rather than maintaining the existing facilities, government’s concern was to give more attention to new constructions, “with unfortunate result that buildings are left in waste, deteriorate and decay at an alarming rate.”

This unhealthy trend, Adenuga said needed to be revered urgently, calling for a change of attitude in connection with abandoned buildings if national catastrophes and embarrassment are to be averted.

“Proper management and maintenance of the landed property is as  important as its actual construction since it is vital to the economic, historical, social and cultural development of the country,” he said.