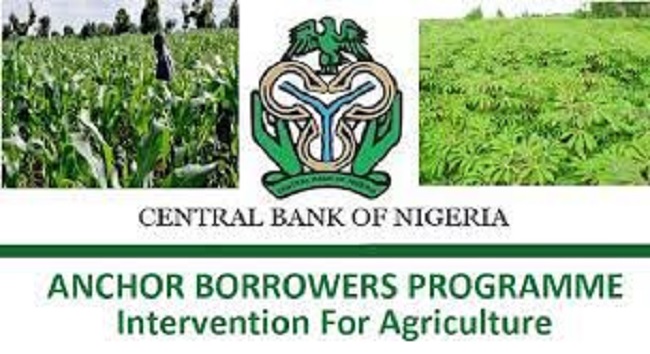 Farmers in Delta State have lamented the abysmal failure of the anchor borrowers’ program of the central bank of Nigeria in the state, especially in the agricultural sector.

They have also identified reasons why farmers have not recorded any gains despite their aggressive approach to ensure the production of more food in the state.

At a one day sensitization of farmers under the aegis of Maize Association of Nigeria ( MAAN), Aniocha South local government chapter held in Ogwashi Uku, Delta State, the stakeholders attributed the failure of the program to include the supply of fake fertilizer to farmers, procurement of fertilizer in June instead of March, faulty distribution and poor quality of seedlings to farmers and wastages after harvest due to lack of purchase of their commodities among others.

They argued that it was almost impossible to access their funds from the approved commercial bank at the commencement of farming season due to the official bottleneck.

But an official of the Central Bank of Nigeria, Mr Temple Kanu in his expose, informed that the farmers were funded through their agricultural associations.

“CBN does not directly give money to the individual farmers. They assess the fund through their various associations.”

Mr Kanu said the anchor borrower program was targeted at massive food production and to create employment adding that CBN has brought down the interest rate of loans from nine to five per cent.

According to him, the little deduction paid as insurance is to enable the farmers to rise again in case of disasters such as fire outbreaks or floods.

He said the federal government was looking critically at the wastages being experienced by farmers across the country with a view to addressing them once and for all stating that henceforth, there would be ready buyers of their commodities.

The CBN representative appealed to communities and stakeholders to give out their land for farming.

Earlier, the coordinator of the Maize Association of Nigeria in the area, Mr Sam Obidi noted that the anchor growers program in the state recorded abysmal success due to managerial problems.

Obidi said the era of sharing the money meant for agricultural purposes was over as every Kobo released under the anchor borrower program would be accounted for.

The coordinator said the facilitators of the program should assist farmers in the south with inputs on time since their farming season starts earlier in March unlike in the north where theirs start from June.

The highlight of the occasion was the painful story of a maize farmer, Mr Tony Ofuani who claimed that he lost over five tonnes of maize in one season due to poor market even as he appealed to CBN to interface with commodity buyers for bulk purchase of products just to arrest wastages.

In spite of the huge investment in the water sector by the government and international organisations, water scarcity has grown to become a perennial nightmare for residents of Abeokuta, the Ogun State capital. This report x-rays the lives and experiences of residents in getting clean, potable and affordable water amidst the surge of COVID-19 cases in the state…    Farmers outline reasons for failure of anchor borrower program in Delta

Which Preparation Of Hay Is Best For My Horse?

FG projects agriculture to contribute 50% to GDP by 2031