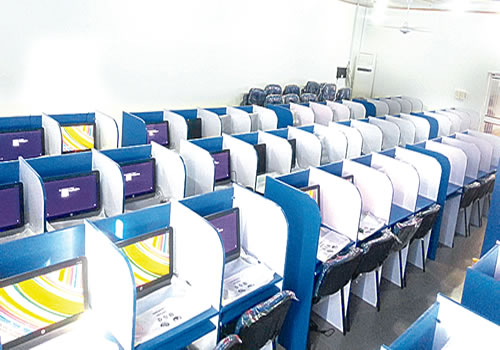 REcently, the Minister of Education, Mallam Adamu Adamu, suggested that the post-Unified Tertiary Matriculation Examination (UTME) conducted by  the universities in the country for candidates seeking admission be scrapped following the rolling out of the computer-based test (CBT) by the Joint Admissions and Matriculation Board (JAMB). Speaking at the National Universities Commission premises in Abuja while declaring open the 2016 combined policy meeting on admissions to universities, polytechnics and other higher institutions in Nigeria, Adamu said: “Our universities shouldn’t be conducting another examination; if they have any complaint against JAMB, they should come to the Ministry of Education and we will look into it. If JAMB is qualified to conduct the computer-based test and they are conducting the test, then there should be no need for students to sit another examination to get admission. As far as I am concerned JAMB has built a level of confidence in terms of conducting the UTME. A situation where universities go and conduct other examinations is unnecessary.”

Indeed, in the past few years, admission to the universities  has virtually become a tussle for survival because the number of applicants outstrips the available spaces by a wide margin. JAMB, the statutory agency saddled with the responsibility of admitting students into the country’s universities, had previously ensured that this was done through a single examination, the Unified Tertiary Matriculation Examination (UTME).  However, assailed by malpractices, the UTME failed the integrity and fidelity tests and the universities had to devise another local entrance examination to confirm the UTME scores of  candidates. Subsequently, though, JAMB  upped its ante two years ago in the direction of delivering an inviolable result that would reflect the performance and abilities of the candidates through its computer-based test (CBT). However, in the interval during which the universities organised their local examinations dubbed post-jamb or post-UTME, it became a veritable source of internally generated revenue for these universities, which is why stopping the examinations now may be akin to unplugging a life support machine from a patient in the intensive care unit of a hospital.

In our past comments on the issue of post-UTME examinations, we  had complained about how the post-jamb arrangement had unduly increased the cost of admission. While the UTME is backed by the country’s statutes, the post-UTME or post-Jamb examinations remain mere contrivances by the universities to sift through the volume of admissions and separate the grain from the chaff.

Thus, after the examining body introduced the CBT, we observed that its perfection could eventually lead to the abrogation of the post-UTME tests conducted by the universities. In any case, elsewhere, the GCE Ordinary and Advanced Level results suffice to determine candidates’ eligibility for admissions into tertiary institutions at no risk to the quality of their manpower. It is certainly confusing to even contemplate the numerous obstacles being placed in the way of Nigerians who desire tertiary education with the numerous examinations that are replicas of one another.

While the universities that have been making a fortune from the post-UTME may not be inclined to stop it forthwith, it is imperative for them to realise that it is not an examination backed by law. We are persuaded that the universities can begin their admissions on the recommendations of  JAMB on cut-off points, and thereafter determine what their cut-off points should be, without going further to raise the cost of admissions unduly by charging extra fees to organise another examination for the candidates.

Before the establishment of JAMB, each university conducted its own entrance examination and selected its students after a competitive examination or through a direct entry based on the GCE A-Level or the Higher School Certificate (HSC). However, since JAMB was created to unify the standards of admission,  candidates’ quest for admission has become restricted to one application for each candidate and the pressure to secure admission  pushed the desire to the level of desperation. Meanwhile, there is no logical connection between the quality of intellect and the number of admissions tests written, as even a number of students admitted through the post-UTME still experience difficulties in the universities right from 100 level.

Apart from the revenues that accrue to the tertiary institutions from the post-UTME, we find it difficult to justify its retention if the integrity of the CBT is upheld. The onus is then on JAMB to address the lapses in the CBT examination decisively. We endorse the suggestion of the Education Minister on scrapping the post-UTME, a superfluous but convenient arrangement by tertiary institutions to cash in on the anxieties and desperation of applicants. Ultimately, though, the nation needs a sanitised education system where examination duplication would be entirely unnecessary.

We are refocusing Odu’a for profitability –GMD