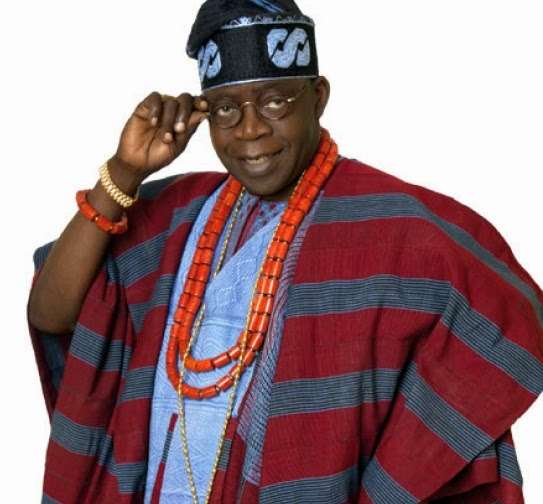 NATIONAL Leader of All Progressives Congress (APC), Asiwaju Bola Ahmed Tinubu, on Thursday in Lagos urged Nigerians not to accept the apologies tendered by the Peoples Democratic Party (PDP) for its mistakes the party made while in power between 1999 and 2015.

This was just at the former Lagos governor assured that the promised change by the ruling APC would be delivered to Nigerians.

Tinubu made the call while speaking at a colloquium organised to mark his 66th birthday, an event that witnessed the creme of Nigerians, including President Muhammadu Buhari, Vice President Yemi Osinbajo, Lagos State Governor, Mr Akinwunmi Ambode, National Assembly members, traditional rulers, among others.

Speaking at the colloquium, the 10th edition of its kind with the theme, “Investing in People,” Tinubu described the apologies as deceitful, saying the main opposition party sought to hoodwink Nigerians to get a political advantage.

The APC national leader lamented that the PDP brought the country to its knees with massive corruption, saying Nigerians should not allow the party to return to power again.

Tinubu said, “Nigerians should not accept PDP’s apologies, they are corrupt, they lied, they falsified, they changed figures. For 16years, they made fake promises, gave us fake figures, and they tell us don’t talk about it.

“It is like, after catching a thief and he tells you ‘Don’t look at me, go and steal your own.'”

According to Tinubu, PDP had the opportunity to transform the country and set it on the path of progress with high oil price and high oil production level, saying with massive corruption and ineptitude, the opposition could not make any meaningful impact in governance.

Speaking further, Tinubu assured that the promised change by the APC during the 2015 elections would be delivered to the people of Nigeria, saying that the administration of President Mohammadu Buhari was taking impactful steps to deliver the goods in spite of their odds.

“The voyage is on, the voyage of hope, the voyage that will change Nigeria for the better is on,” he said.

Tinubu described the social investment programmes of the Federal Government as impactful, saying it had helped to empower many Nigerians, even as maintained that he trusted in the administration of Buhari to deliver more democratic dividends to Nigerians.

This was just as he contended that investment in people should be the focal point of any government.

The Minister of State for Budget and National Planning, Mrs Zainab Ahmed, said no fewer than 7.9milllion Nigerians had benefitted from the government social investment programmes, adding that the beneficiaries were covered in such programmes as “The Free School Feeding Programme” and the N-Power.”

Others, according to her, others include the National Cash Transfer Programme (NCTP) and Government Enterprise and Empowerment Programme(GEEP).

She reiterated the commitment of the government to investing in people to improve their well-being.

When stakeholders gathered to discuss Africa’s rise through ‘mediatainment’