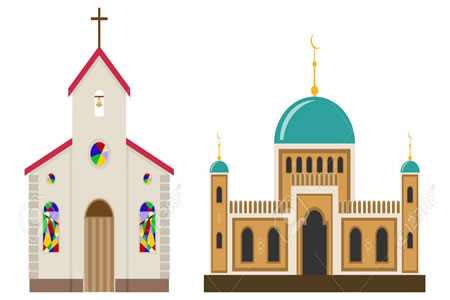 THERE is no doubt that Nigeria as a society today is at a tipping point, and any further negative event as little as Torrential rainfall could push this country into possibly the darkest times in our history as a nation since the civil war of 1966. How did we get to this new low of solders opening live fire at unarmed protesting youths holding the Nigerian flag and singing the National Anthem? How did we get to the point where Politicians will steal our common wealth, wield power corruptly and the same owners of the stolen wealth will blindly continue to return them and their puppets to continue the looting in exchange for a plate of porridge? How did we get to the point where citizens will just begin to attack, maim and destroy lives and properties of their fellow citizens to exploit any breakdown of Law and Order? How would politicians, even in the face of video evidence continue to spread falsehoods about the premeditated massacre of those they are supposed to govern? It is curious to note that not less than 80% of the citizens of this Society called Nigeria are followers of the two leading Religions. These 80% include the Politicians, Youths, Solders’, Police and the Hoodlums who all contributed in one way or another to fuel this present crisis that culminated into the #EndSARS#LekkiMassacre#MassLootingAndDestruction.

It is unfortunate that Religion in Nigeria has failed to utilize its powers to nurture its followers with societal values that will bring about a Godly Society. This failure has nothing to do with whether their religious leaders preach the message contained in their respective Holy Books to their followers every day for 365 days in a year. Indeed, the Holy Books of the 2 main religions contain teachings that are expected to help their followers manifest a One to One, bonded Spiritual relationship with the Almighty and an unlimited show of humanity towards their fellow neighbor. Furthermore, both religions define that word “neighbor” to include their spouses, children, parents, blood relatives and friends and more crucially, any human being they come in physical contact with. Religion is not an end, it has never been. Rather, it is a means to an end, which is bringing about a Godly society where human beings relate with one another according to the shared values taught in each Faith and practiced daily by its followers. The abysmal yield in the dividends of our application of religious values in Nigeria is what is clearly manifesting in the bankruptcy of societal values in Nigeria today.

Imagine in a country where 80 per cent of its citizens, Youths, politicians, military, police, law enforcement and other government officials voluntarily submit their hearts to their religious leaders to nourish them with these values that will bring about a Godly Society, yet these Faithful followers manifest the exact opposite of what they have been taught by their religious leaders in not less than 80% of their dealings with their “neighbor” on a daily basis? Why would a Politician whose religious leader teaches empathy and compassion every single week refuse to manifest same towards those who have suffered affliction? Why would citizens (youths and hoodlums inclusive) who troop to their religious houses weekly and are taught to Love their neighbor as themselves turn around to execute an evil and wicked agenda of looting and destruction, knowing fully well in their hearts that they never pray for such to be visited on themselves. Did their religious leaders fail to remind them that their lives and future will benefit immensely from whatsoever they do unto others?

It is high time all religious leaders of the two leading faiths in Nigeria, who have exclusive priority access weekly to the hearts, minds and souls of 80 per cent of Nigeria’s Population who are perpetrating 80 per cent of the evils that make Nigeria resemble a Living Hell to begin to focus on the Basics of Religious Teaching and truthfully chastise their followers who are engaging in these wicked acts. As religious leaders strongly condemn the killing of defenseless youths, they must simultaneously highlight the portions of their Holy Books that condemn looting and destructions in the name of retaliations and vengeance and its attendant consequences to those who perpetuate such actions. Religious leaders must strike a balance of Godliness with their message that the Almighty does not distinguish between those who have shot innocent youths and those who have looted and destroyed the property of their neighbor, as both sets of people will face his ultimate wrath and nobody will be able to rescue them from the Almighty’s Judgment. Religious leaders must go back to the Basics of their Faith and uphold the values and teachings of sanctity of human lives, human equality, honesty in all dealings, compassion and doing good all the times and demonstrate same to their followers so that they will continue in the good values outside the Places f Religious Worship. The effect of Godly teachings is Never measured in weekly gatherings at our Places of Worship, rather it is seen and felt when their Faithful followers go back to their homes, offices and immediate environment and manifest their religious values.

None of the two major religions in Nigeria encourages its leaders to teach materialism at the expense of godliness, neither do they support using wickedness to recompense wickedness, nor justifying doing evil because you have been a recipient of Evil. The advantage religious leaders have is that all Heads of Families, political and business leaders humbly and voluntarily submit their listening ears to their Faith leaders to hear words of wisdom, especially when they(their followers) are in distress. The Power of Religion lies in the Wisdom to be taught Followers whose Moral compasses have been damaged to help them fix it, in the wisdom to bring back followers who perpetrate wicked actions onto the path of Godliness and in the wisdom to rebuke followers who demonstrate an unwillingness to repent and forsake actions that are injurious to the Godly society every religion was established to raise. When every religious leader pulls his full weight of available resources and wisdom and apply it sincerely and truthfully in nurturing all its followers, the Prosperous Country which we all pray for daily in our various Places of Worship will become a reality sooner, rather than an endless Utopian tale.

The speech on my mind

[OPINION] Ebenezer Obey-Fabiyi: The Commander of Music, The Evangelist of Morals, and…

Why investment in public hospitals matters