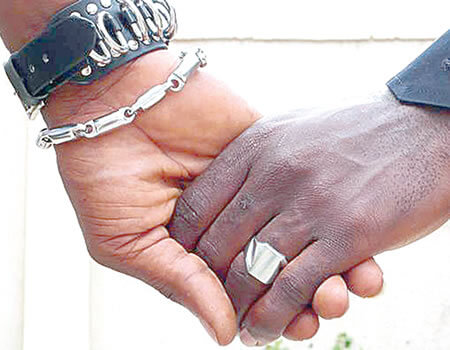 While the country is facing serious crisis following the End SARS protests, other issues equally disturbing should be given the desired attention.

Same sex relationships in Nigeria are gradually on the increase despite the prohibition and penalty against such marriage.

It is gratifying  that the Nigerian government is against same sex marriage despite the approval of  the US Government for its  citizens to practise this seeming oddity; and even persuading other nations to do same. The United Arab Emirates (UAE) has also frowned  on the practice and has put in place stiff penalties for the practice.

For Nigerians living in the UAE, same sex relationship and all other sexual activities outside heterosexual marriage are illegal and are serious crimes that can result in life or a long jail term.

Let me at this point applaud the Nigerian Government for early this year, 2020, arraigned for trial 47 men who were accused of practising same sex relationship that is even forbidden in the Holy Books.

It is unfortunate to see the Nigerian youth on social media platforms seeking partners that are of the same sex with them for a relationship.

These unbecoming activities on same sex affection must be checked, curtailed and eliminated before it is too late.

Therefore, the government should be relentless in checking this trend to ensure its death before it turns us into Sodom and Gomorrah, which has destruction as punishment.