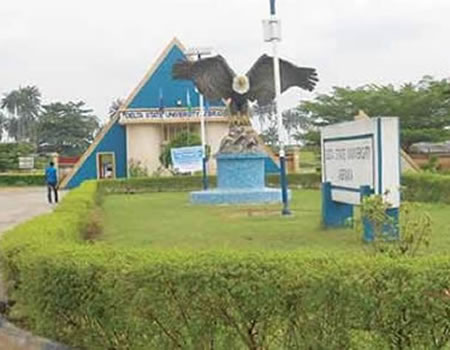 Delta State University (DELSU), Abraka ,  Delta State, has been incorporated as a research centre in the global efforts to address the scourge of malaria which is a major public health challenge in Africa.

The incorporation was announced recently at an award ceremony in Abraka, where Honourable Ned Nwoko, was conferred with the coveted Distinguished Service Award by the university for his dedication to humanitarian endeavours, education and malaria eradication in Africa.

He is currently supporting a multimillion dollar research for the development of an anti-malaria vaccine.

At the ceremony which attracted guests across the globe, the Vice-Chancellor of the university, Professor Andy Egwunyenga, commended Nwoko for sustaining campaign against malaria in Africa.

Egwunyenga, a notable scholar and astute administrator is passionate about finding solution to the ravages of malaria, which also inspired his area of interest for his PhD thesis at the University of Jos, Nigeria, noted that Nwoko is one of the few people who had demonstrated love for the university.

While presenting the award plaque to Prince Nwoko, the vice chancellor who has been giving the university committed leadership,  said  his contribution to the fight against malaria was the originality and ingenuity of his ideas about the control of malaria, noting, “that is what we stand for at DELSU.”

Congratulating him on the award, Egwunyenga reiterated that the university must be innovative by thinking out of the box in addressing issues that daily crop up.

Also speaking, Dr J.O. Ogwezi, the acting Head of Department of Mass Communication, which initiated the award, and actively supported by Professor A. Otite, the Dean of the Faculty of the Social Sciences, informed the audience that the department had, in its 28 years of existence, graduated over 2,000 students in the Bachelor of Arts, and later, Bachelor of Science degrees in Mass Communication.

He noted that the department had also graduated a substantial number in the masters  programme while the PhD programme is in full swing.

Responding, Prince Nwoko, expressed gratitude for being found worthy of such honour, noting that he was inspired by such recognitions and pledged that the malaria eradication campaign would succeed.

“I believe that malaria is an African problem and it must be addressed by Africans,” he said.

Highlighting the problem of malaria, he cited the World Health Organisation (WHO), which reported that malaria claimed about half a million lives annually, much higher than COVID-19 could claim in Africa within the same period.

His malaria eradication campaign took him to the Antarctica, which he described as the most difficult part of the world.

He, however, said dirty environment encourages the breeding of mosquitoes which are carriers of the disease, adding that he decided to take the campaign further by embarking on a clean Nigeria advocacy, with a value chain that would create about three million jobs.