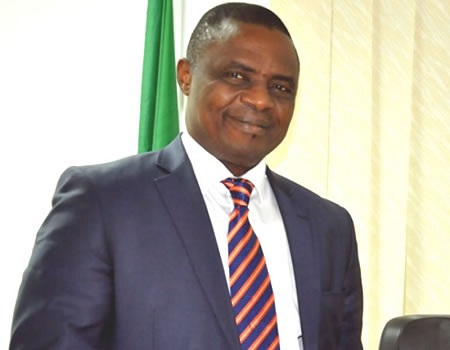 The News Agency of Nigeria (NAN) reports that Ohaa, who was asymptomatic, tested positive for the virus two weeks ago.

NAN reports that upon testing positive, the office of the permanent secretary was immediately shut down and his staff, as well as all directors in the administration, were directed to undergo compulsory COVID-19 tests.

NAN reports that the acting secretary had announced that he and some members of his family contracted the disease about two weeks ago.

Kawu recounting his experience as a COVID-19 patient said he had moderate to severe symptoms.

“I developed a chest infection, so I had to be on antibiotics for some days. But thank God, myself and members of my family do not have the symptoms any more and we have been discharged from the isolation centre,” he said.

He said the final tests conducted on them returned negative which prompted their discharge.

The acting secretary, therefore, warned against stigmatising victims of the disease, saying ” even me, I was not spared.

” I heard that people around the neighbourhood where I live were spreading the news in fear. So we need to really work on the stigma issue,” he said.

1,773 NDDC contractors allegedly abscond with mobilisation fees
A total of 1,773 contractors were allegedly paid N70.495 billion by the Niger Delta Development Commission (NDDC)  as mobilisation fees without resorting to the site between 2008 and 2012. This was revealed as the House of Representatives at the weekend kicked-off its investigation into the N70.495 billion allegedly… Read Full Story
Covid-19FCT Permanent secretarynegative
Share FacebookTwitterGoogle+ReddItWhatsAppPinterestEmail