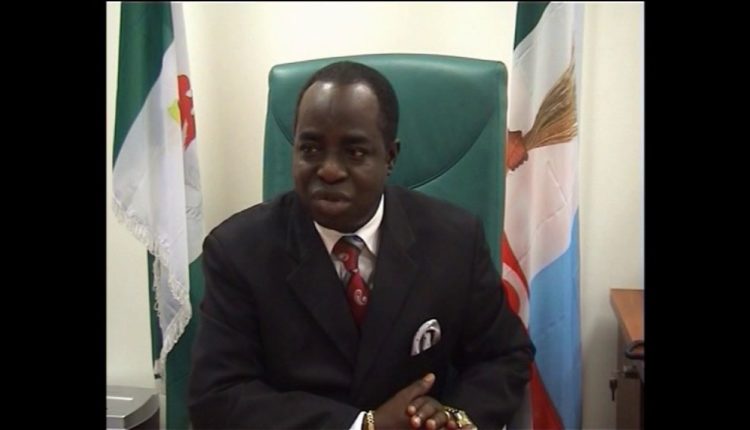 An All Progressives Congress (APC) chieftain in Ogun State and the former federal lawmaker representing Yewa North/Imeko-Afon Federal Constituency in the Eight National Assembly, Hon. Kayode Oladele has sent his condolences to the people of Ogun State, following the passing of three Yewa Monarchs.

Speaking with Tribune Online over the weekend, Hon. Oladele stated that he was “deeply saddened by the passing of Oloola of Ilara, HRM Oba Samuel Alabi Adeluyi (Ogbowo Ilu Dagba), the Olu of Imasayi, HRM Oba Gbadebo Sola Oni (Aribio II) and the Obaladi of Afon, HRM Oba Alamu Busari Adetona, Orimadegun II barely a year after the loss of another prominent monarch and his predecessor in the National Assembly, the Onijoun of Ijoun, HRM Oba Rasak Adewusi.

According to Hon. Oladele, he was privileged to have known all the departed monarchs at a very close range both as a Yewa indigene and as their representative in the Eight National Assembly noting further that they all made enormous contributions to the development of Yewaland and were also devoted to promoting peace, unity and understanding between their territories and their neighbours.

“They were all respected great Monarchs and untiring promoters of peace and unity amongst the people of Yewa.

“Their commitment to the general development of Yewaland and mutual coexistence in our Senatorial District was also laudable,” Hon. Oladele said.

Speaking on the late Oloola of Ilara, Oba Samuel Adeluyi, Hon. Oladele stated that: “he was a defining royal father and a diplomatic Monarch.

“It was to the credit of the late Monarch that Nigeria has witnessed a peaceful relationship with her neighbouring country, the Republic of Benin in that corridor because his sphere of influence and authority cuts across both countries and he had used that opportunity to create a very peaceful co-existence, unity and cross-border security cooperation between the local communities,” he noted.

On Obaladi of Afon, Oladele praised the late Monarch for building a closely knitted community at Afon and imbued in his subjects, a nationalistic culture and sense of belonging.

According to Hon. Oladele, Afon under him was very cohesive, closely knitted and united.

In his tribute to the late Olu of Imasayi, Oba Gbadebo Oni, Hon. Oladele described the late Oba as a “selfless leader and an iconic royal father whose passion for fairness, equity and justice were unmatchable. Kabiyesi, the Olu of Imasayi loved his people and lived by example.

“One day, he called to inform me that he needed a power transformer at Imasayi because the one supplying the palace and a substantial part of the town had broken down completely thereby throwing the town and his palace into total darkness. Upon hearing this, I assured him that I would get him a replacement in few weeks but in the meantime, I sent a generator to him to power the palace.

“Even though, Kabiyesi accepted the generator and thanked me very sincerely for it, but he refused to use it to power the Palace because according to him, he could not in good conscience, use the generator to power his palace while his subjects were still in darkness.

“He waited until I brought the 500 KVA power transformer and energized it for the use of the entire community including the Palace while he used the generator for intermittent power failures after the replacement of the transformer. That was a rare characterization of leadership and deep principle.

“As a matter of fact, he was the first to refer to me publicly in his Palace as Baba Imole of Yewaland as a result of my provision of so many electricity transformers to deserving communities in my federal constituency,” Oladele said.

In conclusion, Hon. Oladele, while acknowledging the achievements of the departed Monarchs and the vacuum their loss has created, called for prayers adding that in times like these, our only hope is in God and in Him we trust.

Attacks on monarchs: Ondo monarchs call for prosecution of perpetrators