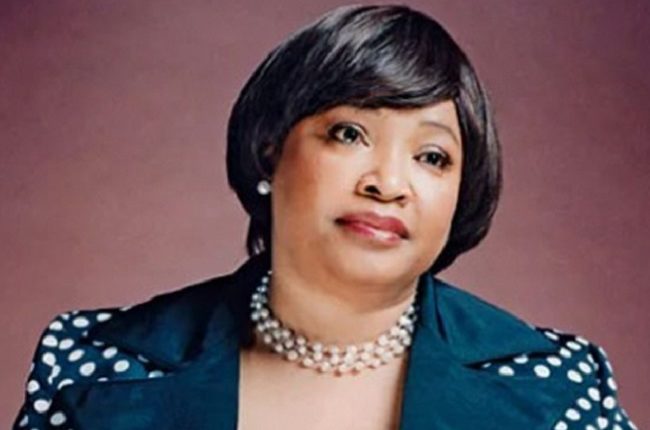 The death has been confirmed by a family source, according to BBC.

She was the South African ambassador to Denmark at the time of her death. The cause of her death was not immediately revealed.

“The 59-year-old daughter of former president Nelson Mandela and struggle stalwart Winnie Madikizela-Mandela, passed away at a Johannesburg hospital in the early hours of this morning,” said SABC.

Zindzi Mandela was Nelson Mandela’s sixth child and his second with Winnie Madikizela-Mandela.

1,773 NDDC contractors allegedly abscond with mobilisation fees
A total of 1,773 contractors were allegedly paid N70.495 billion by the Niger Delta Development Commission (NDDC)  as mobilisation fees without resorting to the site between 2008 and 2012. This was revealed as the House of Representatives at the weekend kicked-off its investigation into the N70.495 billion allegedly… Read Full Story
MONDAY LINES: The Magu/Malami Marabout War
There was an executioner in Old Oyo who specialised in cutting off his victims’ heads. He later sinned and was sentenced to death. At the point of execution, he demanded to know which part of his body would be cut: “the head or the feet?” The town yelled: How did you kill your victims? Ex-EFCC boss, Ibrahim Magu… Read Full Story
Vessels auction: My approval legal — Malami
THE Attorney-General of the Federation (AGF) and Minister of Justice, Abubakar Malami, on Sunday, clarified that due process of law was followed in the approval granted to a firm, Omoh Jay Nig Ltd, to dispose of vessels. He said the approval followed the final forfeiture order obtained by his office and the presidential… Read Full Story
Global Coronavirus Cases Increase By Over 230,000 ? WHO
The World Health Organisation (WHO) reported a record increase in global coronavirus cases, on Sunday, with the total rising by 230,370 in 24 hours… Read Full Story