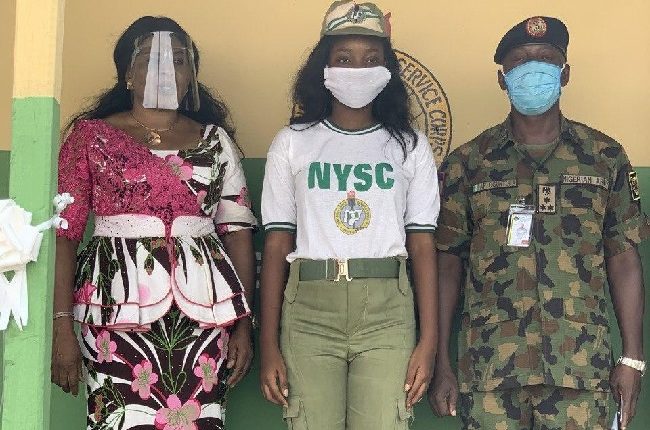 In an attempt to improve the standard of education in Oyo State, a National Youth Service Corps (NYSC) member, Funmilayo Adejumo renovated a block of classrooms and donated 50 desks to the students of Army Day Secondary School Odogbo, Ibadan.

While commissioning the project on Wednesday, June 24, at the 2 Div Nigerian Army, Odogbo Cantonment, the Oyo State NYSC coordinator, Mrs Grace Ogbuogebe commended the corps member for the magnanimous feat she achieved.

According to her, the community development service project will go a long way to positively impact the lives of the host community and also serve as a platform to showcase the relevance and importance of the NYSC scheme.

“Today’s event reveals that our corps members have lived up to expectations and I assure you all that we will not relent in our efforts in ensuring that every corps member in the Pace Setter State contributes positively towards its growth.”

Ogbuogebe, further implored every corps member to identify the needs of their host communities and embark on a project to elevate standards of the community.

Speaking with TribuneOnline, the corps member, Funmilayo Adejumo, with state code OY/18B/5435, said she embarked on the mission to renovate the school and provide the desks because she witnessed the poor learning conditions of the students learning in the school.

“Coming to this school for the first time I noticed the poor learning conditions the students had to learn in and I decided to do something about it, which eventually led actualisation of the renovation of Army Day Secondary School Odogbo,” she said.

Additionally, Ms Adejumo further urged fellow corps members to embrace the clarion call and feel the needs of their community which would give them the ability to deliver a selfless service to their community and the nation at large. 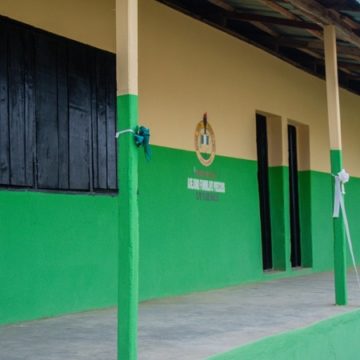 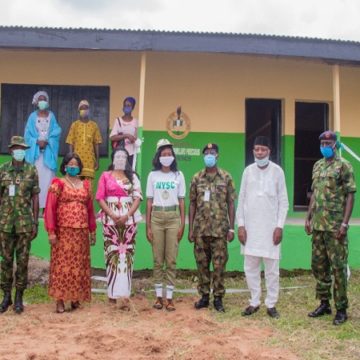 She also used the opportunity to advise the general public to use any position they find themselves to extend a helping hand. Saying, “that’s the only way to build a better Nigeria.”

Expressing his gladness and gratitude towards the renovation and donations, GOC Major General O.B. Omozoje said, the project carried out by the corps member was a laudable one and in line with the establishment of the scheme.

He commended her for executing the project and went on to advise her to continue on her positive efforts, which he described as traits of a future leader.

Also present at the commissioning, Zonal Inspector, Mr Adekeye commended the corps member for the good job done. Noting, that community development is one of the cardinal points of the NYSC scheme and Funmilayo has thrived in that aspect.