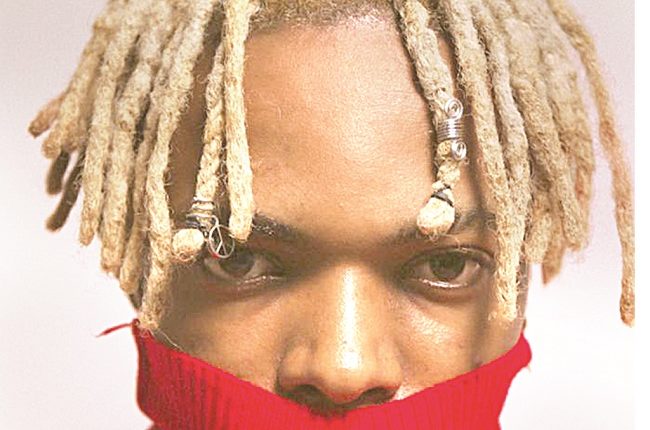 Many who have been following the music career of fast-rising singer and songwriter, Gbubemi Wisdom Ogholaja, better known as Carterson, have opined that the dynamic singer does not struggle to find his voice when it matters most.

At a time when some of his peers seem to be finding where to place their feet in the industry, Caterson appears to be showing the way for others to follow as his new single, ‘Yur Luv’, which drops today is another stellar work from the singer.

The Delta State-born lover of music knew the dimension his music career would assume and has remained truthful to his craft since he dropped his first rap single in 2017, ‘Itsekiri’ showing a glimpse of what to expect from him.

He followed it up with ‘Ubo Meji’ in 2018 and a visual that recorded positive reviews and downloads across music platforms. 2019 was another good year for Caterson with his ‘Like Rihanna’ single enjoying airplay on music charts across MTVbase, Soundcity and other platforms.

He described the 2019 as his breakthrough year as he shared stages with Teni, Phyno, Mayorkun and others, saying he has more to offer the industry and would stop at nothing until his dreams become fulfilled.

Speaking on his ‘Yur Luv’ single that is being anticipated by the fans today, Carterson, who said he got his stage name from American rapper, Lil Wayne, described the love and support as “overwhelming”, adding that “I am giving a new tune to my fans and thanking them for always supporting my brand.”

Produced by popular music producer, iambeatz, the new tune gives fans something inspiring even during the pandemic that has grounded many sectors of the economy.

More Shocks As Unemployment Data Exposes Misery Status Of Nigerians
BEFORE now, economic and finance experts found it difficult to assess the healthy nature of the labour market and how to measure the impact of government policies targeted at creating jobs because of lack of real time labour data. But on Friday, August 14, 2020, the concerns were only slightly eased as the National Bureau of Statistics (NBS) published second quarter (Q2):2020 labour statistics, the first report since Q3:2018…Carterson returns Carterson returns

MONDAY LINES: Obasanjo’s (D)Art Of Condolence
Ben Guriano of The Washington Post described them in 2018 as ‘taboo enforcers.’ These are trolls seeking to upend truth and subvert facts about the life and times of the dead. ‘Do not speak ill of the dead’ came originally from a Spartan philosopher, then it was latinated by the Romans to read De mortuis nihil nisi bonum – and got spread around the world like Chinese viruses. The black man, as in all cases, contracted the no-no and turned it into a religion, got drunk with it and won’t mind killing for it…Carterson returns

2.4 Million Households To Benefit From FG’s Stimulus Package — Presidential Aide
TO ensure food security for citizens, at least 2.4 million households will benefit from the Federal Government’s post-COVID-19 stimulus package, a presidential aide says. Dr Andrew Kwasari, Senior Special Assistant (SSA), to the President on Agriculture, disclosed this in an interview with the News Agency of Nigeria (NAN) on Sunday in Abuja. Kwasari spoke against the backdrop of projects anchored by the Nigerian Economic Sustainability Committee (NESC) to secure the economy against the effects of COVID-19…Carterson returns Carterson returns

How VCN Africa is echoing the transformation championed by African youths