Buhari, governors hold meeting in Aso Rock over security situation in the country 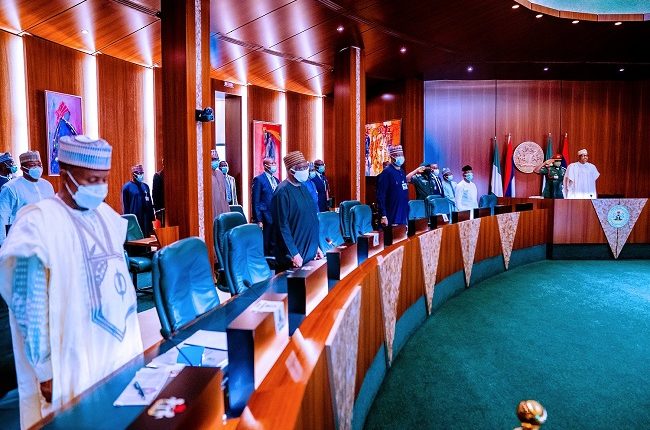 President Muhammadu Buhari has met with the Nigeria Governors Forum (NGF) at the presidential villa, Abuja.

The meeting was said to be in connection with the security challenges in the country.

The NGF had earlier indicated their intention to meet with the president over the issue.

The chairman of the forum and governor of Ekiti State, Dr Kayode Fayemi, however, declined to speak to the media at the end of the meeting.