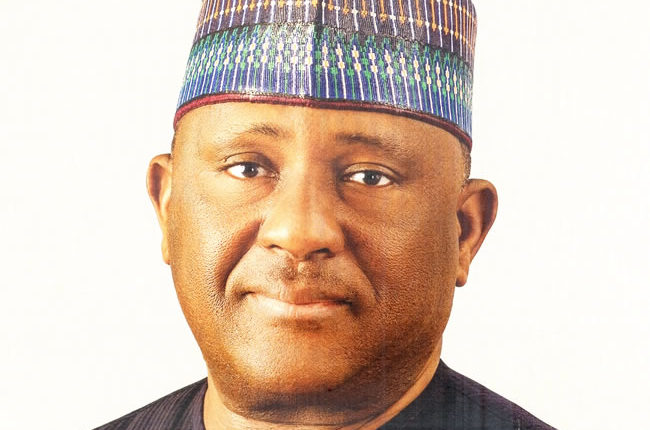 BUA Cement is obsessed with value creation. The company is so propelled by the desire to create value for all its stakeholders that it deploys top notch technology to produce top quality cement in a world-class environment, thus creating thousands of job opportunities while rendering top range corporate social responsibility services to its host communities and supporting governments to actualise their visions for their people.

Persuaded that making cement available and affordable would be beneficial to the government and the people, the company, since taking over both Obu Cement at Obu, Okpella in Edo State and the Cement Company of Northern Nigeria (CCNN), Sokoto, and merging them with BUA Cement, has increased the production capacity of the two plants from two million metric tonnes per annum in 2015 to 11 milion metric tonnes per annum in January 2022.

While speaking at the commissioning of BUA Cement Line 4 in Sokoto last week, Alhaji Abdul Samad Rabiu, chairman of the company, unveiled the rationale behind BUA’s production capacity ramp up when he said, “BUA will continue to invest more in the cement industry until Nigeria is self-sufficient and cement is made available, accessible, and affordable for all Nigerians.”

At the event, which was graced by the cream of the society including President Muhammadu Buhari, state governors, royal fathers, ministers, governor of the Central Bank of Nigeria (CBN) as well as federal legislators, among others, Rabiu said further, “In the past six years, we have completed four plants – two in Obu, Edo State and two in Sokoto (of which this Sokoto line 4 is the fourth) with BUA’s total production capacity now standing at 11 million tonnes with the completion of this plant.

“Next year, we intend to complete the construction of two new plants of three million metric tonnes each for which construction is ongoing – one in Edo and the other here in Sokoto. We expect these plants to be completed next year which will bring our total production capacity to 17 million metric tonnes. We look forward to Your Excellency coming to commission them by the first quarter of 2023.”

According to him, being a big country with a huge population, Nigeria’s demand for quality cement increases by about three tonnes every year. “So, in the next three to four years, we will need additional 12 to 15 million tonnes. It means every year we have to build one new cement plant of three million tonnes capacity. That is where BUA Cement is unlocking these opportunities and trying to fill the gap.”

Speaking on the significance of the cement plants to the nation, the BUA chairman said, “The attendant effect of these investments in new factories goes beyond the community and the state. It extends to the region and the entire country.

“From a job creation and economic standpoint, the Sokoto plant continues to be the largest private sector employer of labour in the North-Western part of Nigeria. Also, by adding value to resources mined in Nigeria, Nigeria is being saved billions of US dollars in foreign exchange that would have been spent on importation, whilst also ensuring product availability. In fact, 95 per cent of all the raw materials used in our cement manufacturing process are sourced locally.”

The BUA chairman also said, “We have diversified our energy sources by introducing greener alternatives – in this case, LNG – to power the kiln and 48 megawatts power plant. Our power plants are now running on 100 per cent LNG, leading to reduced carbon emissions. This is the first of its kind at any cement factory in Nigeria.”

While expressing his appreciation to President Buhari for his commitment to the country’s economic development, Rabiu said, “As soon as the AKK gas project comes on stream, we are ready to be one of the first off-takers to satisfy our energy needs. This will also encourage further industrialisation within the region, open new industries and ensure greater development and prosperity for this region and the nation in general.

“Mr President Sir, all of this will not have been possible without your support and commitment to the development of the Nigerian economy.”

Alhaji Rabiu, while speaking about technology deployment, said the company had invested a great deal in innovations with respect to the automation of various aspects of its operations.

He added, “In lines 3 and 4, we have installed online x-ray analysers. The material as it is moving along the production belt is analysing the composition of the raw material online as it is going. So, you have a more consistent quality and also using the most advanced weighing system to ensure the correct amount of cement is put into the bag.”

He also said that the cement produced by the company is between 52 and 55 megapascals, adding, “No cement company in Nigeria produces that quality.”

Speakers at the event lauded the company for its strides in cement production. President Buhari, who was particularly excited that having commissioned Line 2 of the plant in 1985 as a military head of state, he had the unique opportunity of commissioning the fourth line 36 years later as a civilian president, praised Rabiu for his commitment to creating value for Nigerians through high quality products and employment opportunities.

The CBN governor, Godwin Emefiele, in his goodwill message at the commissioning, said, “The BUA Group’s investment in Sokoto and in other parts of Nigeria reflects their belief in our country, and in the immense opportunities available in the industrial sector, given the abundance of human and natural resources in Nigeria. I am aware that this facility which cost millions of US Dollars was fully funded by equity contributions of the BUA Group without resorting to any source of external finance.”

The apex bank chief said the growth of BUA and other cement companies in the country justified the decision of the government in 2015 to restrict access to foreign exchange for importation of 43 items which could be produced in Nigeria, including cement.

He added, “Following implementation of this new directive, I am pleased to note that the production capacity of the cement industry in Nigeria has doubled from 30 million tonnes in 2014 to about 60 million tonnes in 2021. Consequent upon this investment by local businessmen into the cement manufacturing sector, our nation has been able to conserve billions of dollars, as no dollar from our external reserves has been spent on import of cement into the country in the last six years.  Importantly also, these investments have saved and/or created several thousands of jobs across multiple sectors of the economy.”

Sokoto State governor, Rt. Honourable Aminu Tambuwal, expressed his appreciation to the leadership of BUA Cement “for putting our state on the global map of industrialisation with the ultra-modern cement factory.”

He then went ahead to eulogise Alhaji Rabiu for supporting the state’s healthcare projects with the sum of N2.5 billion through the Abdul Samad Rabiu Initiative (ASR Africa) in addition to the various corporate social responsibility initiatives of the company.

But Sokoto State is not the only beneficiary of ASR Africa’s benevolence. Other states like Ogun and Edo have both received N2.5 billion support from the organisation for their healthcare programmes. Ekiti State received three ambulances, Nnamdi Azikiwe University got N1 billion education grant, while the Nigeria Police got a 150-bed hospital valued at N4 billion in Abuja.

But the company is not relenting. BUA Cement intends to build more plants, serve more people with its products, touch more lives with its benevolence, pay more tax to the government, create more wealth for its shareholders and realise its vision of becoming the premier cement producer, not just in the country but on the continent.

6 Signs You Should Invest in a Resume Service