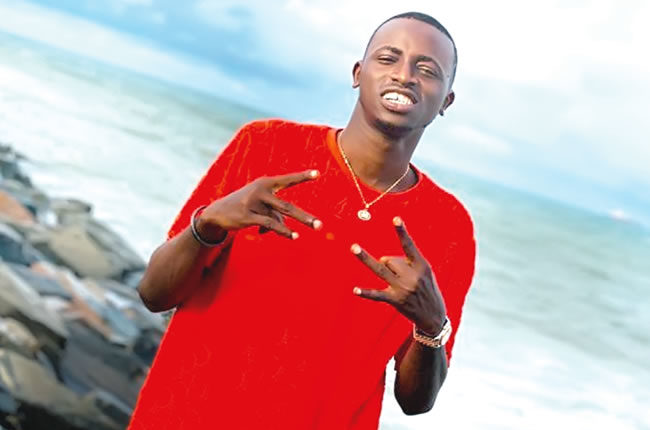 Busari Idris Seun, who is popular as Aloma, didn’t believe in miracles until he met popular singer, Davido, who transformed him from poor to posh. With a label to his name, an EP to his credit and job as personal assistant to a music star, he is currently living the life many can only dream of. SEGUN ADEBAYO engaged him on his rise to popularity, life as a celebrity PA, music ambitions and relationship with fellow DMW members, among other issues.

You are known as Davido’s official assistant. How did you become such important part of his life?

First, Davido is a not just any celebrity, he’s one of the biggest in Africa and his benevolence is second to none. The story is not a new one. I was celebrating my birthday on social media when he liked my picture. I thought to use the opportunity to buzz him. he responded and asked me to send my account number. To my utmost surprise, I got a one-million-naira credit and he invited me over from there. In no time, I became his personal assistant and that’s how I became a member of the Davido Music Worldwide (DMW) family. I assist him to do certain things that a personal assistant does and more.

Before now, who was Aloma and how has life treated you before you came in contact with Davido?

Aloma was a poor boy coming from the hood. I was an aluminium apprentice, a hawker and generally a hustler who harboured some dreams of becoming a footballer. I sold okrika (second-grade clothes), snacks in the neighbourhood of Ikotun. The whole point of hustling is for elevation. Ultimately, I’m happy for where I am today.

What does it mean to be very close to somebody like Davido, who is regarded as one of the richest Nigerians hip hop stars?

To be close to be Davido is to have access to things unlimited. I have my own label, Aloma, affiliated with DMW with an artiste signed already to our association. It’s no longer news because it made the news, I am a Lekki landlord with vehicles at my disposal. Davido’s philanthropy is legendary and it rubs off on every member of DMW. Overall, everything is God’s doing and grace.

You have been able to build your brand too being a part of the DMW family but have you been signed to the label now?

I’m not signed to DMW but I have my own record label which is affiliated with DMW. We have an artiste, Lil Frosh, that we manage together and on the side, there is also Alotech on the side.

Being a musician who has to create music and entertain your fans and also seeing to the affairs of Davido, how have you been coping with the two?

Davido is very free. He gives room for everyone to express themselves and engage in personal development. While I am committed to overseeing his affairs, he would sometimes leave the studio for us to record. At what point in your life did music begin to make sense to you?

Have you ever thought about music as a way of life or it was just something that started accidentally?

It happened accidentally. Just like the miracle of Davido in my life, my passion for music was born out of my time with the DMW family. With the like Davido, Mayorkun and others, music would definitely appeal to me. I am happy to be on the music path now as well as the achievements in the little time.

With the number of artistes on DMW already, how do you intend to break even and not clash with others?

We are all family and we do our things in love. There is no cause to clash with one another.

You seem to be having everything going smoothly for your life now. Would you say you are currently living your dreams?

I couldn’t have seen this coming some years back. So, yes, this is like the best life and I’m living my dreams.

You have a new EP out there that is banging and doing well, what brought about the EP?

Music is like the language around here. You just must catch the vibe. My EP was inspired by the atmosphere here, my new found love for music.  In short, let me just say good vibes and positivity.

What’s the greatest feeling for you as a personal assistant or as musician that is creating something for himself and career?

Well, one thing led to another. Being a PA to world renowned musician is no ordinary feat. Sometimes, people even call me his houseboy, I don’t care at this point because trust me, being Davido’s PA is better than being a bank manager. To get the opportunity to also advance one’s music career is like icing on the cake. For me, the two are a blessing, not a feeling.

I grew up and schooled in Ikotun. It was very hard growing up in the hood but I thank God I met David. That changed everything in my life. I didn’t believe in miracles until I met him. Also, I have been able to leverage on the aluminium business I once ventured into to found Alotech.