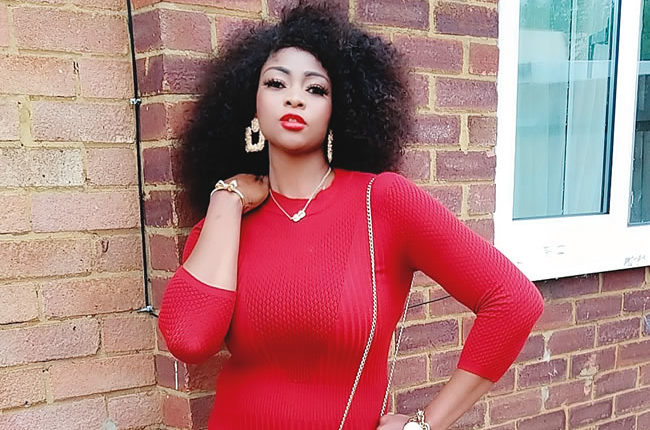 Fast-rising actress and movie producer, Omoyeni Haruna may have joined the movie industry quite recently but she has had her fair share of the good and bad moments that have shaped her career.With about five movies to her name, Haruna says she has a lot to offer. She speaks about her career and more in this interview with SEGUN ADEBAYO.

What prepared you for this career as a young girl?

Movie making has been my dream as a child. So growing up everytime I watched a movie I would see myself in a character in that movie. As a teenager, I featured in a  movie, entitled ‘Colour of Love’. It was a church member of mine who was  in the industry then that called my parents and asked if they could let me feature  in a movie; they needed a girl of my age so I went for it and that’s how I made my  first appearance in a movie.

How would you describe the journey into full time acting?

Then in 2012 I met Lala in Ife, Osun State. We were friends, so he came to me one  day and asked if I could finance a movie he wanted to shoot. He wanted to shoot  his movie ‘Omo University’ then, so I financed it and I was part of it and that’s  how I made my second appearance in a movie.

Lala was already an established actor in 2012. Why did he ask you to finance his movie?

No, there was nothing more than an ordinary friendship to it. He wanted to shoot a  movie and he didn’t have the money so he asked his friend, me. And because I love  movie making and I’ve always wanted to go into that industry, so I obliged.

Now let’s talk about your career and what took you to the UK?

If you’re not determined, strong and with a passion for making movie, you will just  come into the industry and pull off your shoes and run out of it.

There are many of dream killers in the movie industry. Should I talk about the  people that will collect N2 million from you to package and shoot a movie and then shoot a movie of N500,000 for you? My movie career in Nigeria is just kicking off. I hope  and pray to fulfill my dream of becoming a successful movie maker known for making good movies.

How many movies have you produced so far?

We have heard of producers making sexual demands from new actresses to feature them  in movies. Did you ever experience such?

I can say it categorically that I have never experienced anything like that. I’ve  not featured in many movies and I’ve never gone to meet any producer to beg them to  feature me in their movies; maybe that’s why I don’t know.

It is my latest production and I am very happy with the success recorded so far.  The movie is one that every household should buy and keep for a long time becuase  of the story you will learn in the movie.

You have the face that makes it easy for you to get jobs. But you need  more than a beautiful face to stay relevant in the industry. What are your plans to  keep this momentum going?

To be very sincere, I don’t see any beauty as much as people talk about it. It is  also not true that your beauty will get you jobs, and even if it gets you roles,  the beauty will not interprete the roles for you. Talking about being relevant for  a long time, that is really not within my powers; it is not for anyone to decide  that but God

But personally, what are your plans for the future?

My vision is to pursue my passion with all my strength, hard work and consistency.  There is no plan to quit doing what I love doing, which includes movie-making and  story writing. In the next 10 years I want to have a list of good stories and movies  produced by me, I want to be referred to as a successful movie maker.

How has is been coping with men’s advances?

Do you stop men from coming to you or you simply don’t give them chance?

Sincerely speaking, I don’t know of any man trying to approach me. I think maybe  because I have not given men access to me. If you don’t have access to someone, no  contact, no means of reaching them, then they are not even aware of you.

They say your face unsettles men; is this true?

Well, I’m not aware that I’ve got a face that turns head or unsettles anybody.  Anybody whose head get turned should check the head very well. I’m just hearing it  for the very first time from you and I’m sure you’re only trying flatter me.

There’s been all sorts of comments online, about your accident and using crutches  in all movies. Could you shed more light on this?

The truth is, I have challenges with one of my legs for real. I was involved in an  accident that got my left leg badly damaged in 2004.

What kind of accident was that?

It was a bike accident and I was in the hospital for two years. It was God that  saved my life.

So you can’t walk without crutches?

I can walk without crutches.

Where were you going on the day it happened?

I had the accident in Lagos and on that day, many hospitals were on strike. They  took me to Igbobi General Hospital. When it happened, people thought I had died so  they dumped me at the Police Station and ran away. Nobody could ever believe I  would survive it.