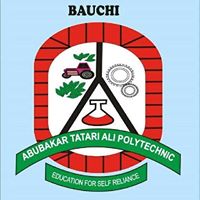 IN its determined effort to boost cordiality with its host community in line with social responsibility, Bauchi State-owned Abubakar Tatari Ali Polytechnic (ATAP) situated in Wuntin Dada area of Bauchi metropolis has received 150 indigenes of the area as casual workers.

Rector of the Polytechnic, Suleiman Mohammed Lame who made the disclosure  Tuesday while briefing newsmen on the achievements recorded at the institution under his administration, said that the state government mandated the polytechnic to recruit casual workers with a view of giving them a sense of belonging and empower them to be self-reliant.
He added that “We recruited casual workers from the host communities such as Wunti-dada, Tambari and Miri village to maintain a cordial relationship between us. The casual workers are been paid from the internally generated revenue from the institution.”
Suleman Lame also said that “Apart from casual staff, the Polytechnic has a staff strength of over 400 Academic Staff and 300 non-academic staff with a total number of 13,000 students in the various schools of the institution.”
On other achievements, the Rector said that almost all the courses at the institution have achieved 95% accreditation from NBTE and the institution now runs degree courses in technical and vocational education.
He said that the polytechnic was equipped with the state of the art facilities such as a standard ICT centre, hospital with a 50-bed capacity, E-Library, a digital FM Radio station and a modern Radio/Television studio at the Mass Communication Department.
The Rector noted although the institution suffered in the area of brain drain in the past because of the poor condition of service, the welfare of staff have greatly improved and the institution now has 80 lectures with PhD.
Bauchi polySuleiman Mohammed
Share