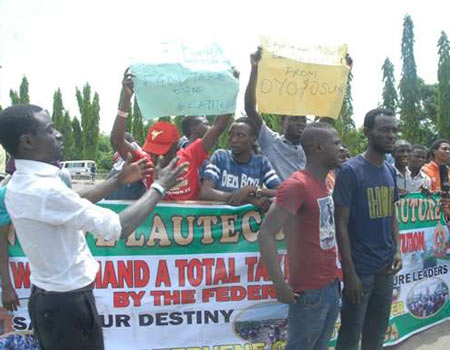 THE Academic Staff Union of Universities has embarked on a nationwide indefinite strike over failure of the Federal Government to faithfully implement the 2009 agreement reached with the union.

President of ASUU, Professor Biodun Ogunyemi, who addressed newsmen on Monday in Abuja said the nationwide action which actually commence on Sunday, is total and comprehensive.

He said during the strike, there shall be no teaching, no examination and no attendance of statutory meetings of any kind in any of the public universities across the country.

He said based on a consultation with the members, an emergency meeting of the National Executive Council (NEC) of ASUU, rose on Saturday, 12th August, 2017 with resolution to embark on an indefinite strike action starting from Sunday, 13th August, 2017.