Hon. Maryam Garba Bagel was the only female member of the 8th Bauchi State House of Assembly. She represented Dass Constituency. She was very vocal and a thorn in the flesh of the immediate past administration in the state led by former Governor Mohammed Abdullahi Abubakar, despite being members of the same All progressives Congress (APC). She recently addressed newsmen on a number of issues, including the challenges facing female politicians in the country. Ishola Michael brings excerpts: 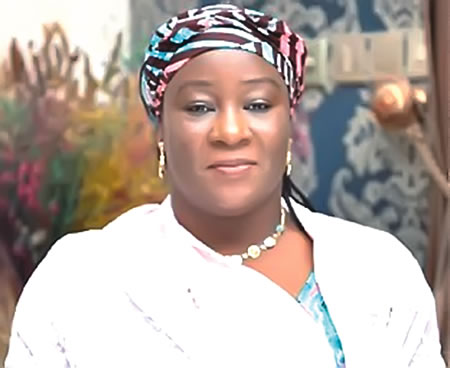 From your experience in politics particularly as a former lawmaker, what do you think is behind the incessant rifts between the executive and legislative arms of government?

The major problem is the misunderstanding of functions of the executive and legislative arms of government. Both are independent and highly related, and none can do without the other. The independence given to each of them is to ensure transparency and accountability of the government and that is what differentiates democratic government from the military government, but the major cause of the rift is when one thinks it has the power to manipulate or control the other. Another thing is the misunderstanding of limitations of each other and also, ego problem.

How did you survive as the only female lawmaker in the 8th Bauchi State House of Assembly and what were some of your disappointments?

It was like a rollercoaster experience, I had a wonderful time in the House. I had a lot of disappointments as well. As the only female lawmaker, most of my colleagues saw me as their sister –protecting me from a lot of things. But some of them saw me as being in a place I shouldn’t belong while some of them saw me as someone they can put somewhere and control like their daughters. They refused to see a woman as a lawmaker who was elected just like them. They chose to see me as their daughter and their wive they can push around. And that is why I call it a bittersweet experience. However, the disappointments aren’t peculiar; they happen even in the developed world. Starting from the position (House Committee), I was given to head was a stereotyped post. Because I’m a woman, they decided where to put me and where I shouldn’t be. My colleagues refused to consider my experience and competence where men without equal qualifications were given appointments and big positions to hold. For instance, I was given the Committee on Women Affairs, because I’m a woman. I’m a qualified and certified Accountant, but I was not made to head the Accounts Committee, not even a member. I have experience in project management and education, but they couldn’t give me any of these. Then when I asked them, they said I was the only woman; all that was the stereotype. And when a committee of 11 members was set up, as the only woman, nobody thought of including me. Those were the experiences I had that were not good.

What factors would you say define politics in Bauchi State?

There are so many factors that define the politics of Bauchi State, but I can say with time, these factors are changing. Before now, there was this factor of where you come from and who you are. But now people are considering what you can achieve and there are other factors I cannot say specifically but as a politician, we have to dig deep to determine what the people actually want through reading their psychological perception. What are the questions people are asking at the markets and places of worship about their needs? These are the things you package and work on.

In your estimation, has Bauchi attained the deserved level of development?

Bauchi hasn’t attained the level of development it ought to. It is so disappointing because if you look at it from the beginning of democratic dispensation, we started with very good footing. Our first governor was up and doing and we were classified as one of the best states in terms of infrastructure development, but the subsequent administrations didn’t follow up on this. If you go to our neighbouring (Gombe) state that was carved out of Bauchi, when you come back you will shed tears because their leaders have the state at heart, because they build on what the previous governments have done. That is how it should be because government should be a continuum.

Did the challenges you faced during your tenure in the Assembly scare you from further participation in politics?

Actually, once you become a politician I don’t think you will want to leave politics. To me, politics is not about making money or name; it is about opportunities and impact you make on people and the entire society. Politics is about opportunities your people can get. As an elective officer, you have an opportunity to make laws that guide the lives and the development of society. Even though I didn’t run for an office, I remain in politics and I will also give my contributions to the governments at state and federal levels. Wherever I find myself I can’t help but be a politician.

In 2018, you contested the by-election under SDP to fill the then vacant seat in Bauchi South Senatorial District after the death of the late Senator Ali Wakili. What challenges did you face?

There were so many experiences. First, why I contested was about a notion that women cannot be elected in any position even as a senator. This is not true; there is no law that restrains women from contesting elections–whether in Islam or in Christianity, no law. I actually contested to make people understand that it is not true and that women can be anything they want to be. I contested with the intention of winning that election and I did all that I could, though the experience was very good for me. I have learnt so many things that would help me and my supporters.

What do you think Nigeria should do to encourage more women participation in policy-making and elective positions?

Nigeria should adopt some of the policies of other countries that encourage women in politics. I know that some African nations have started grooming women for policy making duties of their countries. In some countries, women and youths are being sent to the legislative arm of government on an internship on policy and law. When I participated in a United Nations General Assembly (UNGA) presentation, some of them testified that women are trained for appointed and elective positions and these are the ways the number of women in politics can be increased in those nations. Men, particularly the politicians need to begin to see women as their sisters and daughters and not as wives and girlfriends. Seeing women in elective or appointed positions is a kind of threat to them. So, anything that is progressive about women they step on it. Believe me, no man will want to see his daughter in such a disadvantaged position. Until men begin to see every opportunity to women as an opportunity to their daughters and sisters, I think we have a long way to go.

Between the two major political parties in the country, which one do you think gives a better chance for women’s participation in politics?

I don’t think there is any as far as I’m concerned. I was elected under the APC and I’m still a member of that party. When APC was an opposition party, there was this fair ground for everybody to participate. I remember I joined the party late – about two months to the primary election. There was so much pressure because I was the only woman who won the primary election. So, the party in my local government came to state office in an attempt to change my candidature, saying that fielding a woman for the post would consume the party in Dass LGA. But the leadership told them that it would be shameful for us to replace her. And that was fair play. Suddenly, this party became the national ruling party and four years after, it behaves completely different. No primary election was conducted in Bauchi State. At least the state Assembly which I know and participated, the problem started with congress; no congress was held. There were so many complaints and we headed to court. No primary election was conducted in Bauchi State. And when they were writing the list of candidates, they forgot to include the name of even one woman, because everything was like an appointment. This is why said I don’t think there is any political party that is fair to women. When they are in opposition they open their doors to everybody because they need you to get there, but when they emerge, they become something else.

The Senate has come out with a directive mandating the Governors Godwin Obaseki and Bala Mohammed Abdulkadir of Edo and Bauchi States respectively to reissue proclamations for the fresh inauguration of their states’ houses of assembly. Do you think the Senate is right?

It is wrong, illegal and unconstitutional. They (NASS) know the conditions that mandate a governor to issue a proclamation. That an incident happened is not part of the conditions to make a governor to issue another proclamation. If there is going to be another proclamation in terms of any prolonged insecurity in the existence of a government within a specified period of four years – that is why proclamation can be made again to extend the House. That issue of making another proclamation is illegal and everybody knows that because it is going to be a great shame if what we are suspecting is happening just to satisfy someone. It is a breach of trust. This is exactly what happened during the inauguration of the 9th Bauchi State House of Assembly.