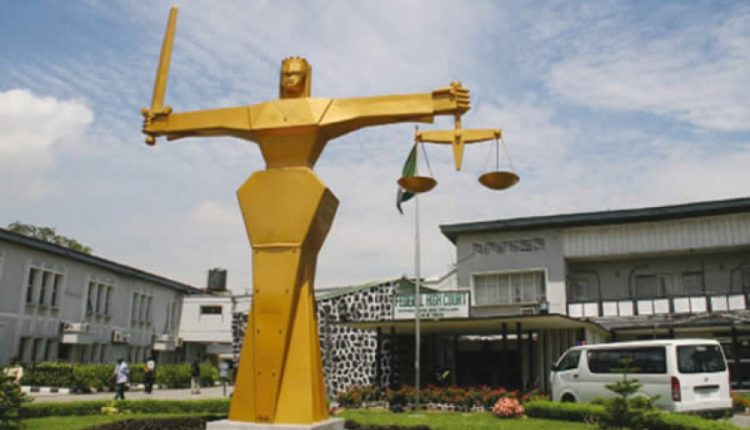 The trial of Prof Obiajulu Obikeze and four others over allegations bordering on forgery of chieftaincy documents was on Tuesday, stalled before a Federal High Court sitting in Abuja.

When the matter was called, the police prosecutor, Celestine Odu, informed the trial judge, Justice Inyang Ekwo, that the matter was scheduled for trial and that he was ready to proceed.

But the defendants’ counsel, Kelvin Nwufo (SAN), told the court, that though, he was ready for the trial, the prosecution was yet to respond to his motion filed, where-in he seeks for an order dismissing the charge against his clients.

The prosecution, in his response, said he had not seen Nwufo’s application and justice Ekwo then directed the prosecution counsel to avail the defendants’ counsel with a copy of the motion in the open court.

After being served with the court process in the open court, the prosecutor indicated his intention to respond to the application within 14 days.

The judge adjourned the matter till June 10, 2022, for hearing of the motion.

The Federal Government, through the Inspector-General of Police, is the complainant, Obikeze, Dr Raymond Ofor, Chief Ezue, Sir Amobi Nwafor and Okafor Bethram IK are 1st to 5th defendants respectively in the matter.

Obikeze, who works with the Chukwuemeka Odumegwu Ojukwu University, formerly known as Anambra State University Igbariam in Anambra state, was arraigned on February 22 alongside others on an 11-counts charge, bordering on forgery.

The charge marked: FHC/ABJ/CR/184/2021 dated and filed on July 6, 2021, by Odu, the defendants were alleged to have committed the offence around January 15, 2019, at Awa, Orumba North Local Government Area of Anambra state

In count one, the five defendants, and others now at large, were alleged to have conspired to commit forgery offence contrary to Section 3(6) and punishable under Section 1(2) (c) of the Miscellaneous Offences Act, Cap M17 Laws of Nigeria, 2010.

While count two accused them of uttering forged documents, count three accused them of making “a forged letter to the Special Adviser to the Governor of Anambra state on Chieftaincy and Towns Union Matters.

The document is titled, “Submission of Awa Chieftaincy Constitution,” knowing it to be false, with the intent that it may be acted upon as genuine at the Government House, Awka, Anambra State.”

NSCDC gets new commandant in Kaduna