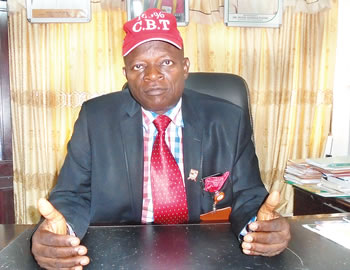 Professor Samuel Oye Bandele last week presided over his first convocation ceremony since assuming office as the vice chancellor, Ekiti State University. In this interview with LAOLU HARODLS, he shared some of his achievements in office, as well as his views on some issues in the sector.

The Federal Government is still considering increasing the number of existing universities, but stakeholders, including ASUU, believe what needs to be done now is to expand and properly fund the existing ones. Where do you stand?

In answering this question, it’s good to examine the merits and demerits of each option. People argue that the population of this country is enormous, and it is scattered all over the entire landscape. So, you may want to establish more universities to satisfy geo-political, state or some other interests. If you look at it from that angle, the few universities will not be able to satisfy all those parameters. That way, one can say the Federal Government may have some good reasons for wanting to establish more universities. In America, there are many universities, even in a single state.

My own take is that government should make the existing universities good; if there is need to now increase, you can increase.

Depending on government subventions has been grossly inadequate in funding universities. What creative solutions would you suggest? And what has been the experience here at EKSU?

As at today, looking at the global economic trend and national economic degeneracy, one can realistically say that government cannot alone shoulder the funding of higher education. Therefore, managers of our higher education enterprise should look inwards. When I came on board, I made a proposition; I called it ‘RISK to wealth’. What I mean is that higher institutions have a lot of resources (R) that we can turn to wealth. Universities, higher institutions have ideas (I). It is ideas that will give birth to money. Universities have people of ideas; intelligent people. You can even generate ideas from students that can bring wealth. Then, there is Skill (S). The university is a place where skills are developed. Therefore, we cannot have those skills in an environment and say that environment cannot generate fund. Then, ‘K’ is for knowledge. University is the knowledge base of any society. What I am saying is that the university can generate enough resources to complement the efforts of the government.

At EKSU, since I came on board, I’ve been pursuing this vision. I’m already harnessing the resources we have here to make sure that we create wealth. People are coming with wonderful ideas. I had two summits. The one that is relevant to your question is the IGR Summit. I invited some other vice chancellors, both old and new. They came to tell us what they were doing in their own universities, and we are already making use of those ideas. Number one, we go for academic expansion. This is an academic environment; people want knowledge. So, if you have that knowledge and you are not selling it, you become impoverished. Already we are selling knowledge. We have revived our part-time programmes; we are reviving our consultancy services that will cover the entire nation. We’re praying the NUC to approve our Distance Learning programme. We are also introducing new programmes like Insurance, Assurance, Marketing and things like that that will bring people.

Apart from the academic enterprise, there is also business enterprise. Already, our water project is being roofed. By the time new students come in this September/October, they will meet our water project – table water, satchet water. Our bakery is also getting to the lintel level. I’ve already started the bookshop. It would surprise you that we don’t have a bookshop in this university. We are also planning our blocks industry. When I came on board, the block industry was not owned by the university. Already I’ve taken it over. Thousands of blocks are there now. We want to build a 20,000 accommodation now; imagine all the blocks that will be used if they are supplied by our university.

So, I believe that as a university, we can turn what we have here to wealth. But hat is not to say that a child can live without the father. We’ll continue to look to government to continue to help us. We can’t do it alone.

One of the indices used in determining world class universities is the ability to attract international staff and students. We’ve not been seeing much of this in Nigeria. Does that bother you?

It bothers me; but it borders on what we have been saying: economic problems. We just went for a meeting of the Association of Vice Chancellors in Jos. This was one of our cries too. Every vice chancellor in this nation would love to bring foreign partners; but can you imagine what it’s going to cost you to service just one expatriate? Maybe that would be enough to employ 10 professors here, in terms of accommodation, salary, health and so on. So, because of the downward trend in the economy, what you desire is not what you get. But plans are on, and I pray that it will work out. The Committee of Vice Chancellors is pleading that they should help us influence the government though this wonderful initiative, TETFund. If universities can be given a heading in TETFund that will say ‘Expatriate Teachers’, we would be glad.

You were reported to have commended the Federal Government for stopping the conduct of the post-UTME. As an expert in Test, Measurement and Evaluation, what exactly would you say was wrong with that test?

There was nothing wrong with the post-UTME as a test; but there was something wrong with the arrangement because of the overlap, and the passive extortion (which I believe is minor, because not all universities extort. Here we don’t extort anybody). My argument is this: when you conduct a test, and that test is valid and reliable, and you administer such a test, and you say these particular candidates have been adjudged qualified by the criteria of this standard test to be eligible students in the university, then what is the purpose of the other test? It is a parallel test that does not achieve anything other than to subject (candidates) to multiple examinations. And I add very quickly: this is not to say that after the test (UME) has been conducted by JAMB, everybody should just rush them (candidates) to the university. No. You still have to do some screening. I told my management that if they (candidates) are not too many, we may just first do the scanning of their certificates online; then we want to see those we want to admit. Maybe that would allow us to check cultism. Maybe that would allow us disallow miscreants from coming to our university. Maybe that would allow us to test those that are even good in sports. When I was young and was aspiring to enter the university, these were some of the parameters used. It’s not just the cognitive knowledge alone; if I see you appearing like an Area Boy, I can say this one cannot be my student.

What are some of those landmark achievements you have recorded; what difference would you say you have made since you assumed office as vice chancellor?

I would say these landmarks follow directly from the department where I declared state of emergency when I came on board. As an internal candidate, I knew there were some problems in the system, and I was not coming to deceive God and government that put me here. The first landmark I achieved is in the area of ICT – and I’m still moving. In the area of ICT, our university had dragged foot for a long time. It would surprise you that we are just starting a full-blown portal for a university of 34 years! Now, because of the efforts that I put into it since I came on board, my students now, anywhere they are, can access their results. Also, when I came on board, to collect transcripts was like digging for gold on an impossible terrain. But I thank God that the entire environment knows that as at now, our ICT platform is being radically restructured. I call it Data Rescue Squad, to rescue data since the inception of this university. As at now, from 2009 to the present date, any of our students within that bracket anywhere in the world can take their transcripts.

Let me come to the area of venture. When I came on board, the part-time programme was virtually dead. Now, it has been revived. In the academic area, I’m already creating waves. Students know that I love them, but I also love my staff. We want to start to assess staff. It has been accepted by Senate. That is, as teachers assess their students, students too will also assess their teachers. That would create a balancing. I’m not going to ask them to mortgage standard, but I don’t believe in you just failing students. In the past, people thought the more students failed, that’s how strong they were; and I say no, it’s the more your students pass that will show that you are working. If you bring a raw material in a pipe, and it comes out of that pipe deformed, then something is wrong with that pipe. I’ve told them our university is a factory, and we are bringing raw materials in form of students, and I want them to come out fine. So, summarily, I would say the landmark I’ve achieved is the change of the university in virtually all areas.